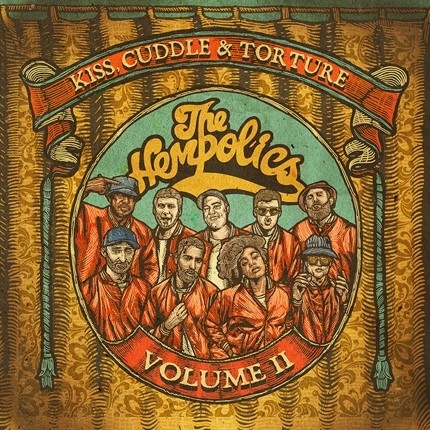 The Hempolics return with 'Kiss, Cuddle & Torture: Volume 2', the follow-up to their triumphant 2017 album which won them accolades including a BBC 6 Music 'Album Of The Year' selection. The new release builds on their trademark mash-up sound of reggae, dub, soul and pop but explores new territories with elements of hip-hop, shoegaze and trip-hop welcome additions to the mix.

As with Volume 1, the release is underpinned by the masterful production of main man Grippa - an engineer who cut his teeth working with Faithless - and he's once again joined by unmistakable Hempolics vocalists Dandelion and Nubiya, who continues to turn heads with her Amy Winehouse meets Hollie Cook timbre.

Highlights of the album include the upbeat soul and reggae hit 'Play On', the trip-hop meets dub-influenced single, 'Full of Surprises', and the British reggae-funk stomper 'Bongadashi'. 'Gotta Thing' sees the band deliver a fast hip-hop house track laced with classic Hempolics' reggae flavours, vocals courtesy of Miami rapper Cojack, whilst 'Place Is Here', written by Grippa alongside Faithless vocalist Pauline Taylor, is a 90's shoegaze influenced cut with a languid psych groove. These releases are to be collected, and hopefully Volume 3 isn't too far away.