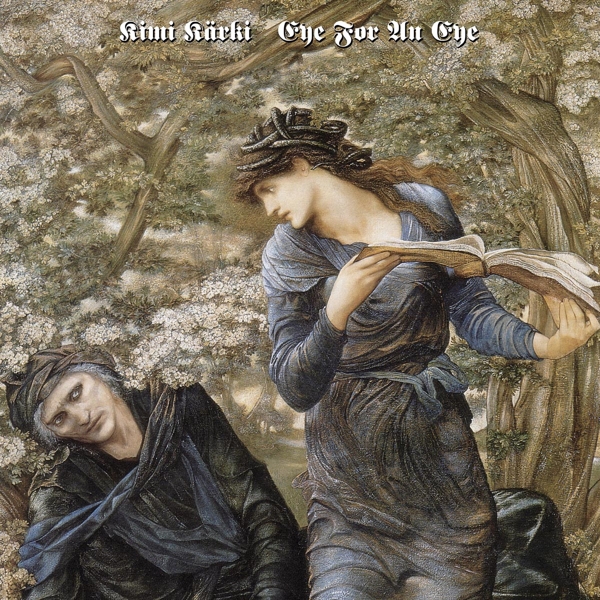 This variety of mostly underground styles reflects the open and intuitive approach to music, which is in the very heart of Kärki's craft. Eye for an Eye is Kärki's second singer-songwriter album. It is a follow-up to The Bone of My Bones, a 2013 effort that was also released by Svart Records. When the first one was built on 12-string guitar foundation, this time things are even more intimate, personal and heartfelt, the songs are played with warm nylon string tones that come closer to the listener. But that heart is supported by a rich decoration of other sounds and harmonies.

The stories told on this record are romantic, in the old meaning of the world. They have their origins in both lived life and what could be called the Dreaming, but also resonate the culture that surrounds the dreamer. Both the pain and the joy are real. Give these songs some time, and they might heal you a bit, just like they healed the songwriter himself. Please listen loud, and preferably when you can forget everything else for a while. Even the silences speak volumes here. To maximise the listening pleasure, Kärki again decided to invite some friends to contribute additional guest vocals.

Patrick Walker is best known as the emotional vocalist and songwriter of both Warning and 40 Watt Sun, and John Richardson – who just released his superb debut album on Svart Records – is an old school musician and the Professor of Musicology at University of Turku. He was already heard on the first album, just like the two stunning female vocalists, Anna-Elena Pääkkölä and Pirita Känkänen, whose clear harmonies juxtapose Kärki's sombre delivery. The album was again engineered by Joona Lukala. The collaboration with this sharp-eared audio wizard helped Kärki to realise the ambitious aural stories as intended – enjoy Eye for an Eye.