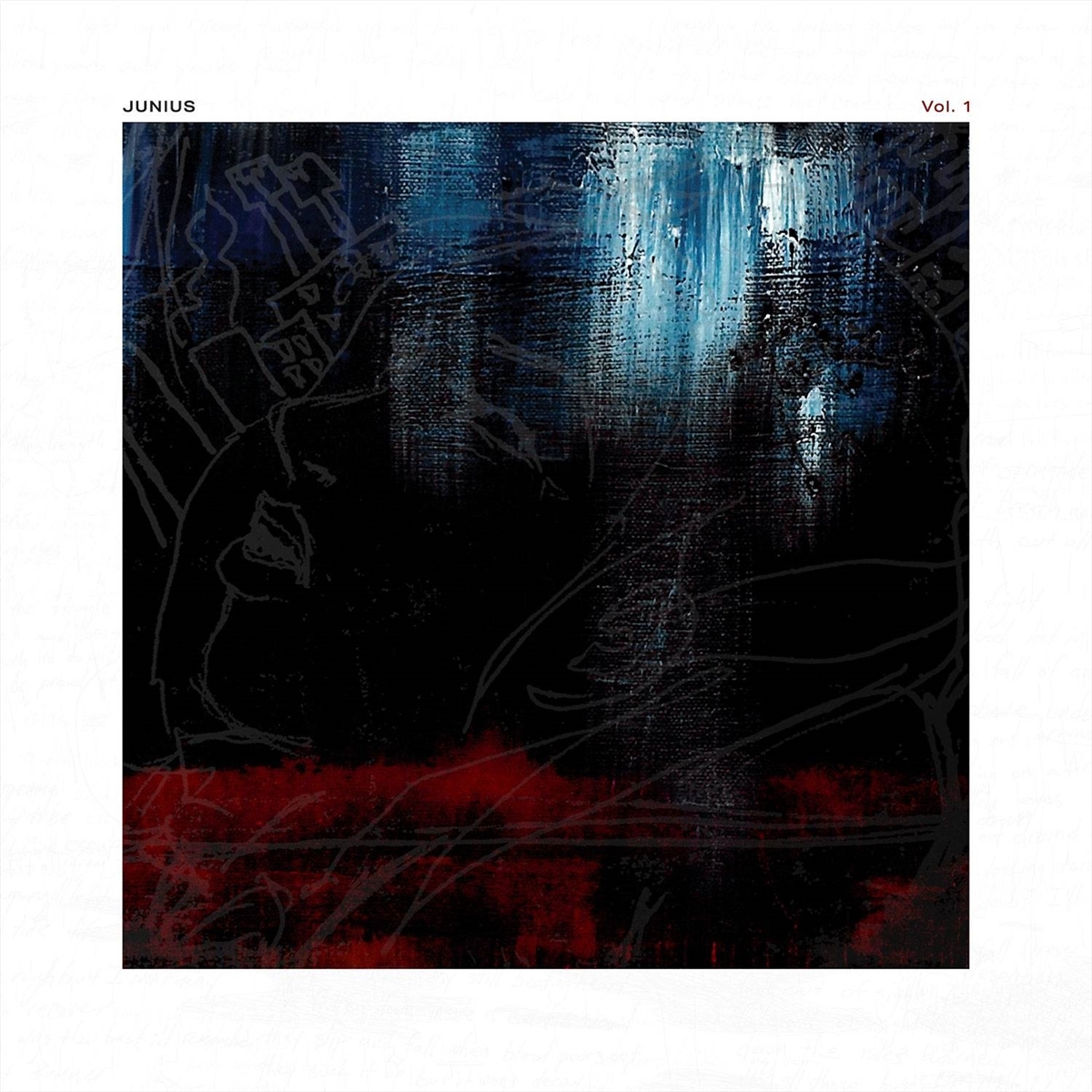 *** Gatefold Cover
Boston heavygaze pioneers JUNIUS are excited to announce that Pelagic Records will be re-releasing 2004's Forcing Out the Silence and 2006's Blood is Bright under the newly titled Vol.1 (previously self-titled).
Vol.1 has been remastered by Will Benoit (Caspian, Gifts from Enola, Constants) and its artwork has been redesigned by founding member Mike Repasch-Nieves.
Vol.1 will contain an additional track Lost in Basilica from the Blood is Bright sessions and also have slight variations of 2 songs that only super fans will catch. This is the definitive release for this post-punk classic! Junius released Forcing Out the Silence and Blood is Bright to wide acclaim.

Alternative Press named it "the best soundtrack for reveling in the melancholy of actually living since My Bloody Valentine's Loveless", and Disclosure Magazine wrote "One of the most engaging dark rock albums to come out since Joy Division last graced a stage." In 2007 Junius released both EP's as a self-titled LP. "When we were getting approached by European labels and booking agents back in 2007, no one wanted to work with us until we had a full length (LP), so we threw both EP's together and released it as "self-titled", which really wasn't accurate. Nonetheless, it got us over to Europe and touring nonstop for the next 7 years, so it served it's purpose, but it's nice to have a proper release for those EP's now", Singer Joseph E. Martinez on combining the EP's. Those early EP's catapulted Junius into touring juggernauts hitting the road playing 200 shows a year with bands like Alcest, Katatonia, Enslaved, Solstafir and Caspian. "When I was listening back to the original mixes I found myself transported to the house where we recorded "Forcing...", says recording and mixing engineer Will Benoit about the remaster. "Setting up the drums and amps in the living room and running cables down to my bedroom, and all the time we spent chasing tones and recording vocals. It was a magical, creative time in all of our lives. "I'll never forget the day that Joe showed up with the vocals for "Hiding Knives". He had been up all night working on the lyrics - he showed up looking exhausted, but as soon as he stepped up to the mic and started singing, it was pretty obvious to both of us that in a few short hours he had managed to create something truly unique and compelling and it's inspiring to listen back and hear those "lightning in a bottle" moments." With a recent lineup change, Joel Munguia and Mike Repasch-Nieves have been replaced by Orion Wainer (Constants) and Drew Speziale (Circle takes the Square). Guitarist Ben Graham (Lessor Glow) has also been added making Junius a 5 piece for the first time. Covid 19 permitting you can see Junius co-headline a festival later this year in the US. They are currently focused on writing their fourth LP.

Junius
The Martyrdom Of A Catastrophist (Remixed & Remastered)
2 LPs
EUR 28,99*