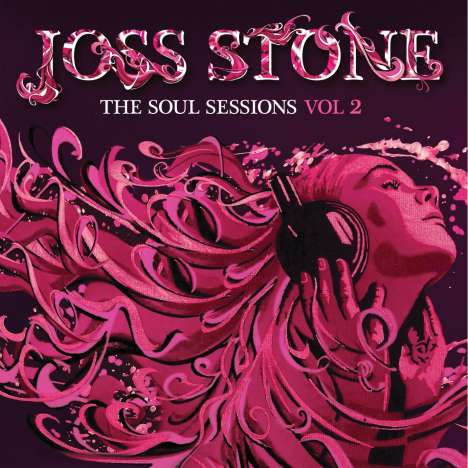 The eleven covers on ‘The Soul Sessions Volume 2′ include deep cuts such as “(For God’s Sake) Give More Power To The People” (originally recorded by the Chi-Lites), “The Love We Had” (The Dells), “Pillow Talk” (Sylvia), “While You’re Out Looking for Sugar” (The Honey Cone), first US single “The High Road” – a stone-cold soul makeover of the Broken Bells’ cult hit – and many more.

Stone reunited with S-Curve’s Steve Greenberg earlier this year for a series of electrifying sessions in Nashville, with a stellar cast of musicians including Ernie Isley, Delbert McClinton, original Muscle Shoals Swamper Clayton Ivey, and others. The resulting album showcases a young woman at the height of her vocal powers. Ten years on from the original album, which was recorded by Stone at the tender age of 15, there is undoubtedly a new level of maturity in evidence on this set – a stunning exercise in vocal poise, passion and power.

“I really had fun revisiting ‘The Soul Sessions’ idea and I’m really pleased with the results,” Joss says. “I’ve committed long term to my label Stone’d Records, but it felt right to team up with Steve Greenberg and S-Curve again for this release. I think there are some great songs on the album and I loved performing them with such brilliant musicians.”