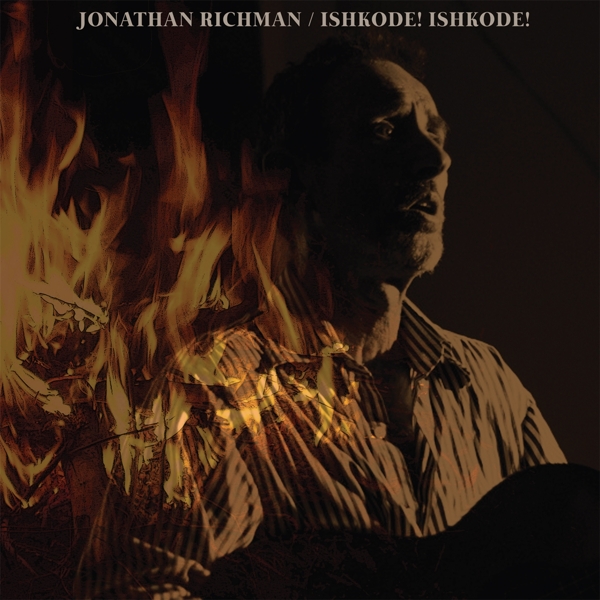 »Ishkode! Ishkode!« (»ishkode« means »fire« in the Native American Ojibwe language) is the album released by Jonathan Richman before his recent »SA!«. It was originally released in the States on Cleveland's Blue Arrow Records in 2016. Richman's signature ingredients - acoustic guitar, minimal drums set-up, a few voices, his use of Romance languages - combine once again across the album and subtle touches help him to strike a contemplative mood more than usual.

Check »But Then Ego Went Away«, with lyrics about meditation, or the closing track »Mother I Give You My Soul Call« introducing Indian instrumentation. As in previous works, Richman feels no shame in expressing his feelings openly in addition to continuing his very personal charming observations about the everyday life, as on »Wait! Wait!«. It is not difficult to imagine Richman performing some of the songs of the album, especially the almost hypnotic two first tracks, around a bonfire, surrounded by a bunch friends singing along, but we will always wonder if that is the fire to whom the album title refers... »Ishkode! Ishkode!« deserves to stand as a career highlight.