John Foxx & The Maths: The Machine 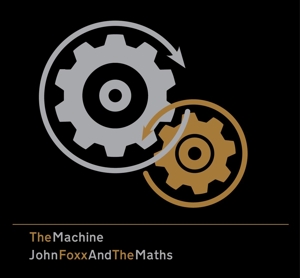 This forms much of the music on The Machine although there are new mixes and some extended material as the pair developed stage music into a fully fledged album. Described as ›eerie‹, ›evocative‹ and ›a triumphant score of chest - crushing anxiety‹ by The Independent and The Guardian in their stage reviews, the music (created entirely on analogue synthesizers and drum machines) is some of the finest the pair have created yet.

The Machine's rich atmospheres move from the sinister breathing effects that start on ›The Ghost in The Machine‹ through moments of beauty on ›The Other Mother‹ and ARP Odyssey-soloing ›Transworld Trave logue‹ into an ancient, mythic song on ›Memory Oxide‹ where Foxx further investigates a style that he first explored on his own Cathedral Oceans. Elizabeth Bernholz (Gazelle Twin) provides the high, lilting vocals on ›Genetic Hymnal‹ and the album ends – as does the stage production – with the elegiac theme of ›Orphan Waltz‹.