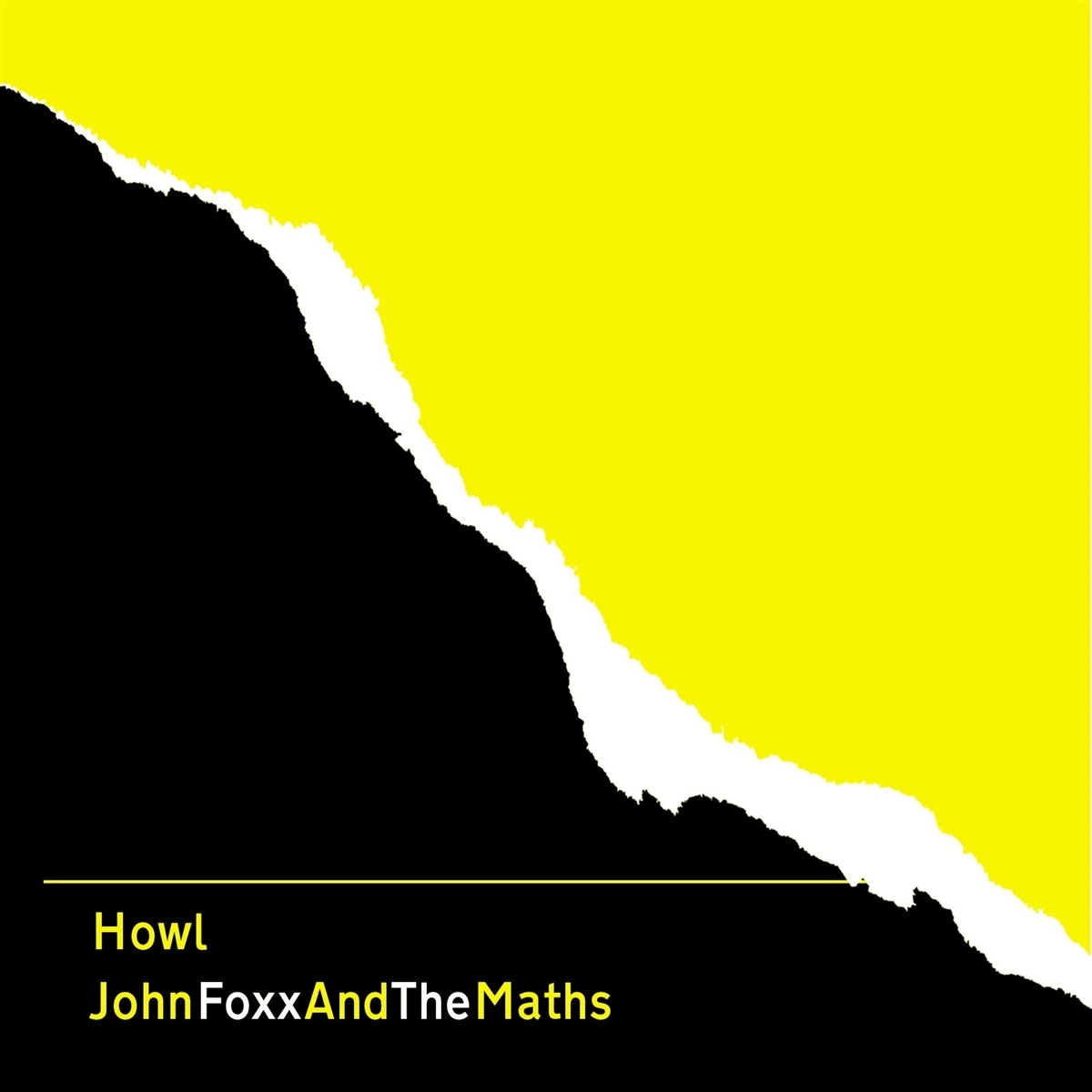 John Foxx And The Maths return with a new line-up on their 5th studio album, Howl. Former Ultravox guitarist Robin Simon joins Foxx, Benge (Ben Edwards) and Hannah Peel after previously guesting with The Maths at their debut Roundhouse show in 2010. »For years, I'd wanted to work with Robin Simon again«, says Foxx. »There's something central about what he does - and I always miss it, no matter who I work with. It's what Rob can do with a song, and with the sheer power of sound.« Work on the album began back in April 2019 at Benge's Memetune studios in Cornwall with Rob Simon involved right from the start, his contributions instantly mutating the original ideas into something new.

»Give him a song and he'll give you three takes - all utterly different incarnations«, enthuses Foxx who first worked with Simon on Ultravox's Systems Of Romance album in 1978. »And it will all be much better. Demolition intercision is what he does and when you get used to the violence he can wreak, it's a true delight.« Foxx and Benge originally got together back in 2010, playing a headline show at the Roundhouse in London as the first ever John Foxx And The Maths show before they'd even finished their debut album, Interplay, which came out a few months later in 2011. Forward-looking, intuitive and risk taking from the start (Critic Mark Fisher summed them up as 'a glimpse into another world in which rock 'n' roll was invented on Moogs') their passion for the strange sounds and atmospheres they seduce and rip from the machines in Benge's studio has inspired a series of fiercely personal electronic records - the Shape Of Things (2012), Evidence (2013) and The Machine (2017), an eerie instrumental score for the theatre production of E.M. Forster's The Machine Stops.

Along the way they've collaborated with The Soft Moon, Gazelle Twin, ADULT., Xeno & Oaklander, Gary Numan, Matthew Dear and many more, but at the core of everything is Foxx and the Cornish-based artist/producer. »Benge is this generation's Conny Plank«, grins Foxx. »Original thinker, open mind, eager conspirator in insanity and the desire to push everything beyond its limits and record it all perfectly - but holding no daft prejudices. In other words, the kind of captain you always want at the helm of the Enterprise.« Hannah Peel joined the line-up on the Interplay tour in 2011 and has played every show since, while also adding violin to Evidence and of course, Howl. »Hannah did a few star turns on the album«, says Foxx, referring to the vicious noises that she conjured up as textures on a few songs. However on the electro-psychedelic »Everything Is Happening At The Same Time«, the complex interplay of the 'The Dance' and the romantic longing of »Strange Beauty«, Foxx describes her string-led contributions as 'luscious, expansive and eloquent.«

The Maths have created an album of dark, writhing glamour. Opener »My Ghost« sounds like haunted static in a cold wind, the title track is a twisted glam-punk celebration of »the outsider« who leaves the fringes to make himself visible, while Foxx switches to a sinister Ferry-esque croon on »Tarzan And Jane Regained«.»New York Times« is a report back from the city of the 1970s, with Foxx's vocals gently coaxing out the vulnerability of its street characters and Factory stars, while »Last Time I Saw You« revels in an ice-cool narrative illuminated by neon-lit transformations and flickering revelations - this song is built for streets and strobes. The album ends with »Strange Beauty«, where Foxx sounds like an echo from the 1950s - a voice that is still searching across all these years for something just out of reach.