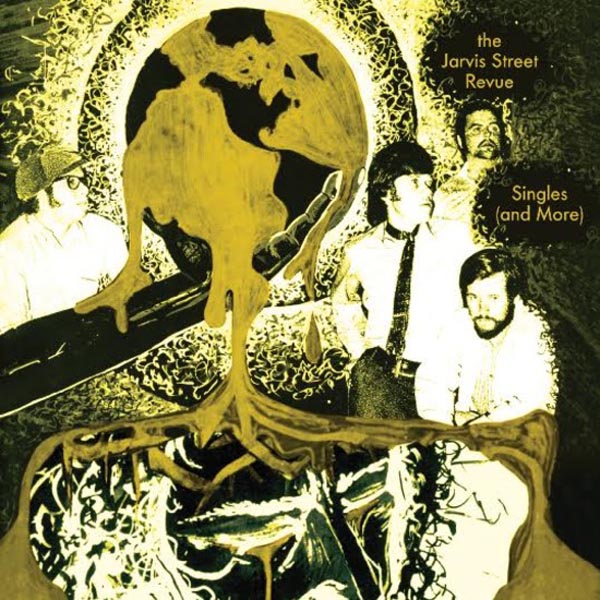 Jarvis Street Revue's only album (1970), »Mr. Oil Man«, is an absolute heavy psychedelic monster that leaves no one who hears it untouched by it's sheer avalanche of psychedelic heaviness, wasted acid leads and great vocals. After recording it, Jarvis Street Revue toured for three months. »We were treated like gods«, Jarvis leader and Neil Young running mate Tom Horricks said. The band did a cross-Canada tour to promote the album but unfortunately for them, as was often the case in those days, the album was not released until after the tour. So much for stardom. The band soon broke up. But tucked somewhere in the band's murky history were recording sessions that produced three stupendous psychedelic singles, plus tracks for an unreleased second album, »Strands of Time«. Sure, those singles and strays appeared on our Jarvis Street Revue CD, but most tracks make their vinyl debut here; as for the incredible, rare singles, they've never been compiled until this very moment! Insert includes band history, photos, and images of sheet music for several songs.