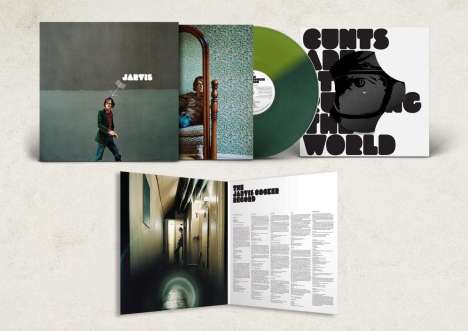 Jarvis Cocker is releasing two special vinyl editions of his first two solo records as part of RSD Black Friday 2020.. Both reissues come with a bonus release featuring a special reprint of two of his greatest singles. Cocker's 2006 self-titled debut Jarvis and his second album Further Complications will be reissued on November 27.

The reissue project has been personally overseen by Jarvis Cocker including the remastering of Further Complications for this release. In addition to the full albums appearing on vinyl, the RSD releases will be accompanied by limited edition bonus pressings. Jarvis - which is pressed on split coloured green vinyl - comes with a seven-inch single featuring his rabble-rousing classic single Running The World, which was the subject of a UK, fan-campaign to get it into the Christmas charts last year in the aftermath of the general election. 2009's Further Complications is joined by a black etched, 12-inch featuring You're In My Eyes (Discosong), while the album itself comes on white vinyl. Both albums have been out of print for several years ahead of this release, and these coloured vinyl new editions are highly limited. The records are also available on standard black vinyl from Nov 27th too.