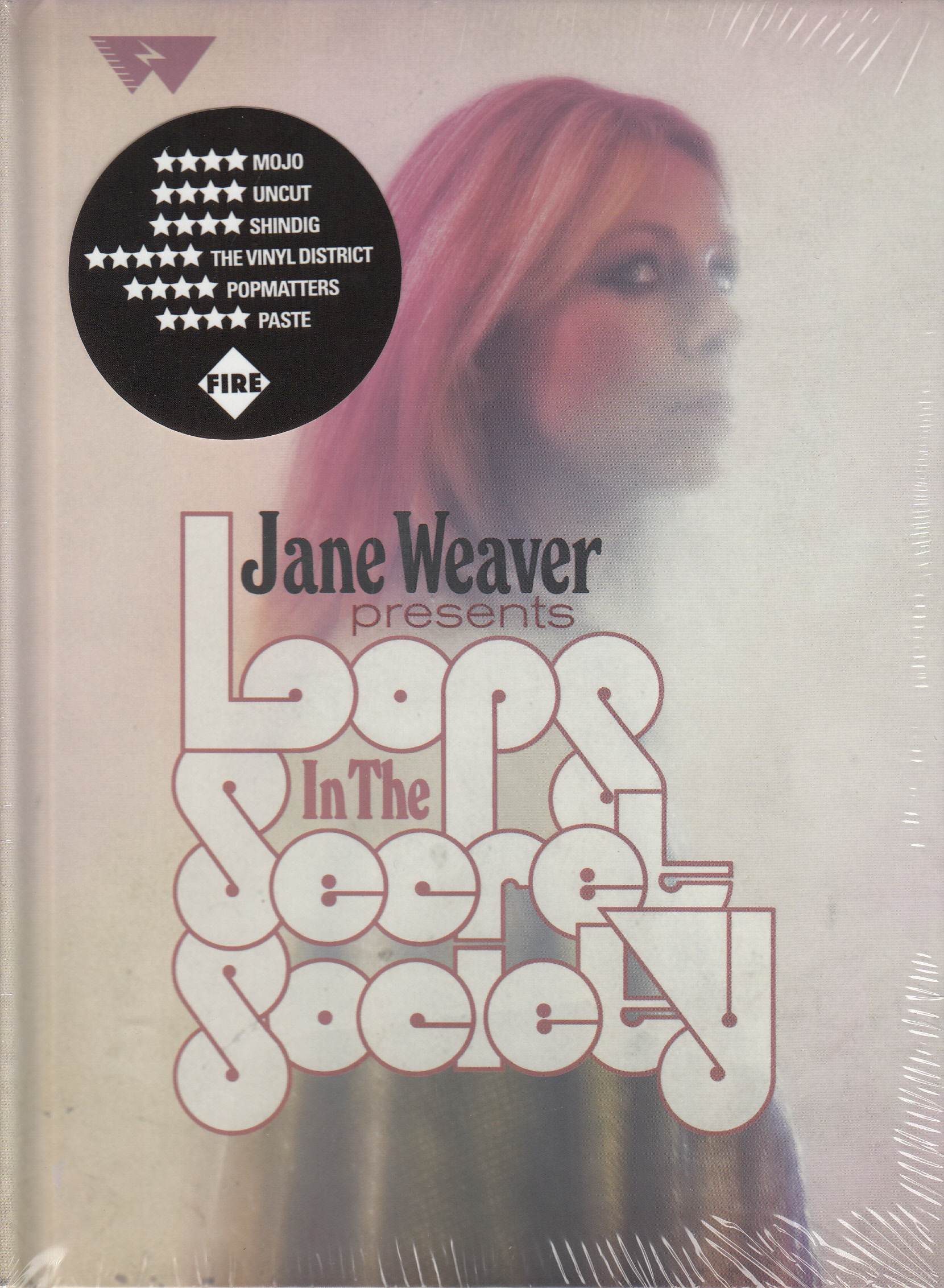 Deluxe Bookback CD & DVD. »Weaver's most illuminating guide yet to her crate digging ... An inspired makeover that only serves to complement Weaver's past achievements« MOJO. This unique package successfully archives the key elements of Jane's »Loops In The Secret Society« tour. Housed in a concise limited-edition pocket-compendium the new CD version brings Jane's fully realised »Loops Variations« and sonic installations into your own environment with new illustrations based on the songs by Andy Votel and DVD featuring the experimental film installation featured on the tour by Nick Farrimond. When science fiction turns science fact the effect can be truly momentous. The state demands that no-one wants an unlicensed machine-hum from an outbuilding; no-one wants clever prose mapping the future, no-one wants »music« that is attention-seeking, soul-defining, beneficial, Biblical, baroque and beautiful. No-one told Jane Weaver that. Jane Weaver's multi-layered synthetics evolved into a welcoming slew with 2014's »The Silver Globe«, continuing through to 2017's »Modern Kosmology«.

»Loops In The Secret Society« is a re-imagined journey through parts of both albums, with new ambient pieces primed and polished; with new tangents explored in a lab-friendly blossoming of the Weaver vision that travels yet further into the psych of our future. A continuous experience with one-line observations set in glorious sense-stimulating sound. That source material was then united in an expansionist experiment in late 2018.. Co-conspirators include Henry Broadhead, PJ Phillipson and Andy Votel. Renegades all, headed by the enigmatic Weaver all under surveillance.