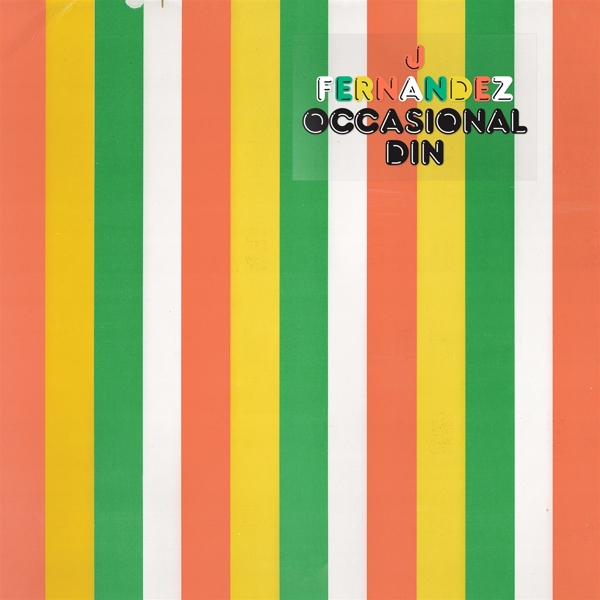 Occasional Din is a sunny shoebox diorama for the eternal pessimist. Over the past decade, songs by Chicago artist J Fernandez have appeared like unexpected gifts, each time invoking a holiday we didn't realize existed. Like all good holidays, his songs are imbued with a mythical energy, full of curious moods, charmed settings and the timelessness of a familiar moment.

J Fernandez started as the eponymous home recording project of Arkansas born Justin Fernandez, who came to Chicago in 2008. After three EPs, his 2015 debut LP, Many Levels of Laughter, attracted high praise from the music press - including 8/10s from UNCUT and NME, plus end of year nods from Under The Radar and Brooklyn Vegan, who called it »one of 2015's most underrated albums«. That year also saw him share the stage with the likes of Unknown Mortal Orchestra, Alvvays, Mitski, and Ezra Furman.