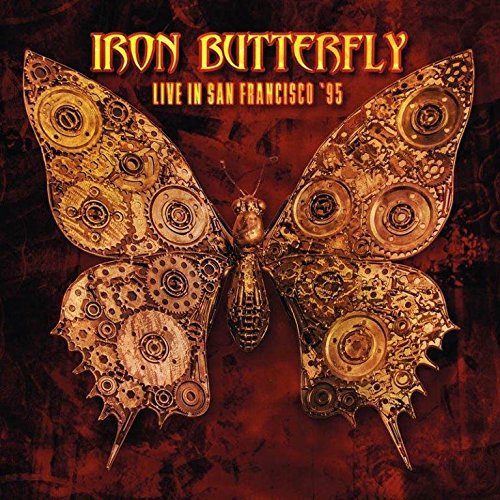 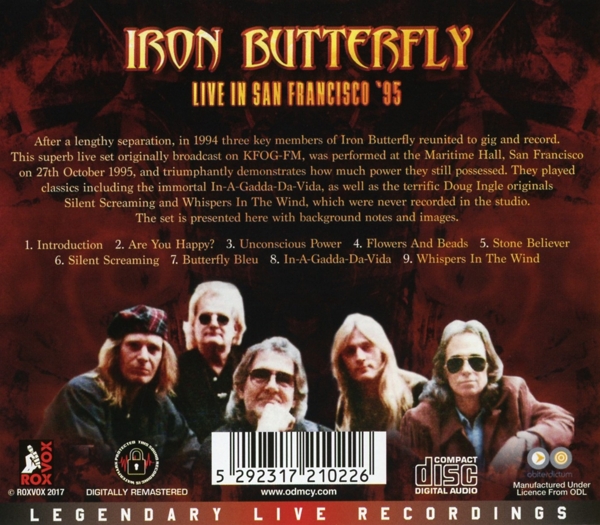 After a lengthy separation, in 1994 three key members of Iron Butterfly reunited to gig and record. This superb live set originally broadcast on KFOG-FM, was performed at the Maritime Hall, San Francisco on 27th October 1995, and triumphantly demonstrates how much power they still possessed. They played classics including the immortal In-A-Gadda-Da-Vida, as well as the terrific Doug Ingle originals ›Silent Screaming‹ and ›Whispers In The Wind‹, which were never recorded in the studio. The set is presented here with background notes and images.