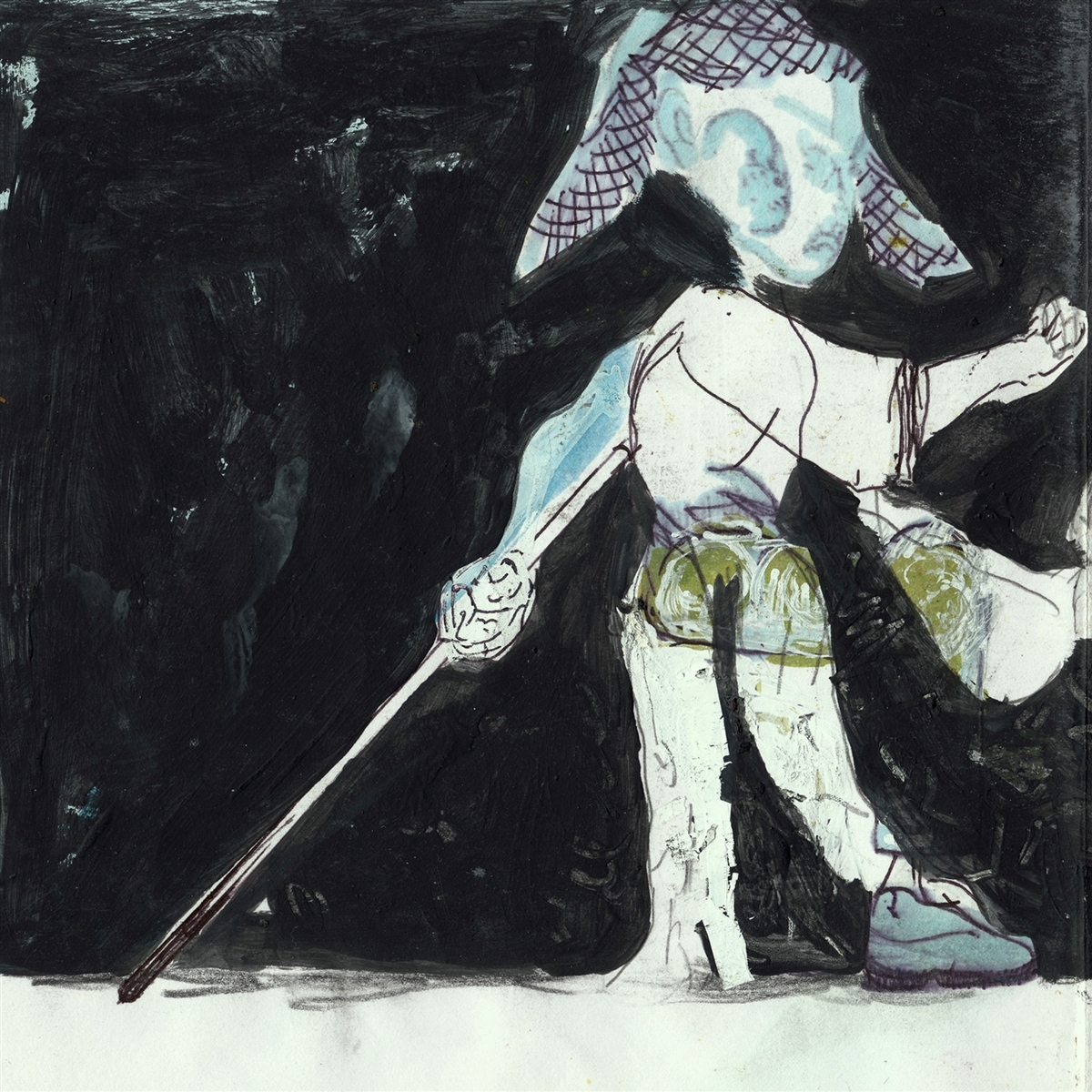 Irma Vep is the on-going, evolving main vehicle for polymath musician Edwin Stevens and on Embarrassed Landscape the project has reached a zenith.. Irma Vep's 4th album proper presents Stevens's vision in its fullest and most realised form. Built around the skeleton of Stevens's songwriting and fleshed out with loose, virtuoso playing, it's a body of work that could have been the anxious songs of an over-thinker but rendered here Embarrassed Landscape revels in a kind of un-selfconscious confidence.

Indeed, various tensions throughout the album are constantly revealing. Lyrics are riven with poetic, crushing self-analysis and absurdity only to be performed against a backdrop of trance-rock music skewered with Stevens's own instantly recognisable guitar playing, a style free and full of fire. Songs wring nuggets of uncanny truth out of prosaic, every day activities while sounding like Rolling Thunder Revue era-Dylan. Songs that seem hewn from some unspeakable personal pain are laced with a disarming streak of black humour, massive, world-ending psych jams that harken to Vibracathedral Orchestra's wall of sound dissipate into tender songs that deserve to be picked apart and cried to. Tension needs release and here the release needs tension.

For example, Opener King Kong is bold in several directions at once. A pummelling trance spurred on by the endlessly enjoyable interplay between drummer Andrew Cheetham's free jazz-inflected style and Stevens's barely contained guitar wildness, the music screes for 6 minutes of transportation on its own steam before Stevens's vocal even comes in. Perhaps the biggest dichotomy at the heart of Embarrassed Landscape is between the unbridled energy of the songs' performances, their often bold arrangements and the heartbreaking, darkly funny songwriting at their heart. Closing song Canary brings most of these tensions to a sweet end.