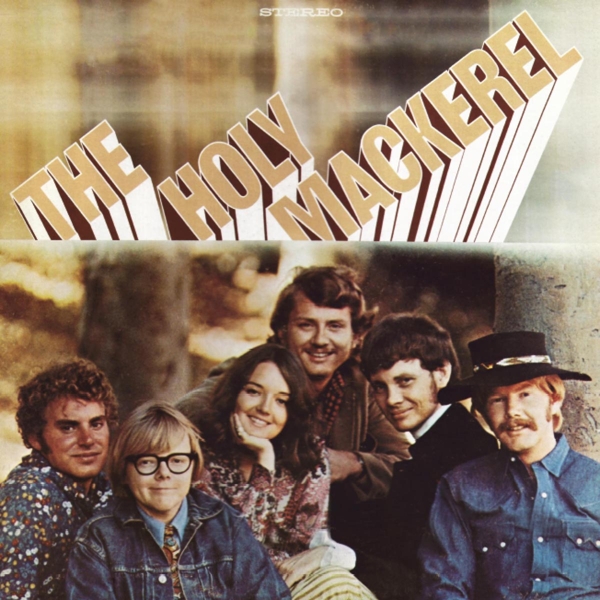 The Holy Mackerel (Reprise 1-6311) is one of the most underrated albums of the Sixties. Fronted by then-up-and-coming Paul Williams and produced by Richard Perry (two personalities who would soon define the musical tones of the Seventies), Perry tapped Williams to record his own album after featuring Williams' »Fill Your Heart« (Co-written with Biff Rose) on the flip-side of Tiny Tim's hit »Tip-Toe Thru' The Tulips With Me.« Part music album and part like the soundtrack to a lost sub-culture movie, The Holy Mackerel traverses the spectrum of Sixties-synonymous musical sounds; psych-rock to sunshine pop to folk rock to country rock to AM pop - it's all here.

Standouts include the organ-driven, haunting »Scorpio Red«, the Chicago-esque »Bitter Honey« (written by Williams and Roger Nichols prior to their smash-hits »Rainy Days and Mondays« and »We've Only Just Begun«) and an early, folk version of »The Lady Is Waiting« (Williams re-recorded the song on his 1972 album Life Goes On). The group's original line up was as eclectic as the album's song selection: joining Paul Williams was his brother Mentor Williams (who would go on to author Dobie Gray's hit »Drift Away«), original Jefferson Airplane bassist Bob Harvey (who contributed »Wildflowers« to the album), guitarist George Hiller (who later played on Williams' 1970 solo-debut Someday Man), flautist Cynthia Fitzpatrick, and former Turtles drummer Don Murray.

Though the group's sound may have become more refined if pop music history had been blessed with a follow up Holy Mackerel album, liner notes contributor Richard Barone notes that Williams' sound is »the driving force [on this album]...that would soon break him through the top of the charts.«