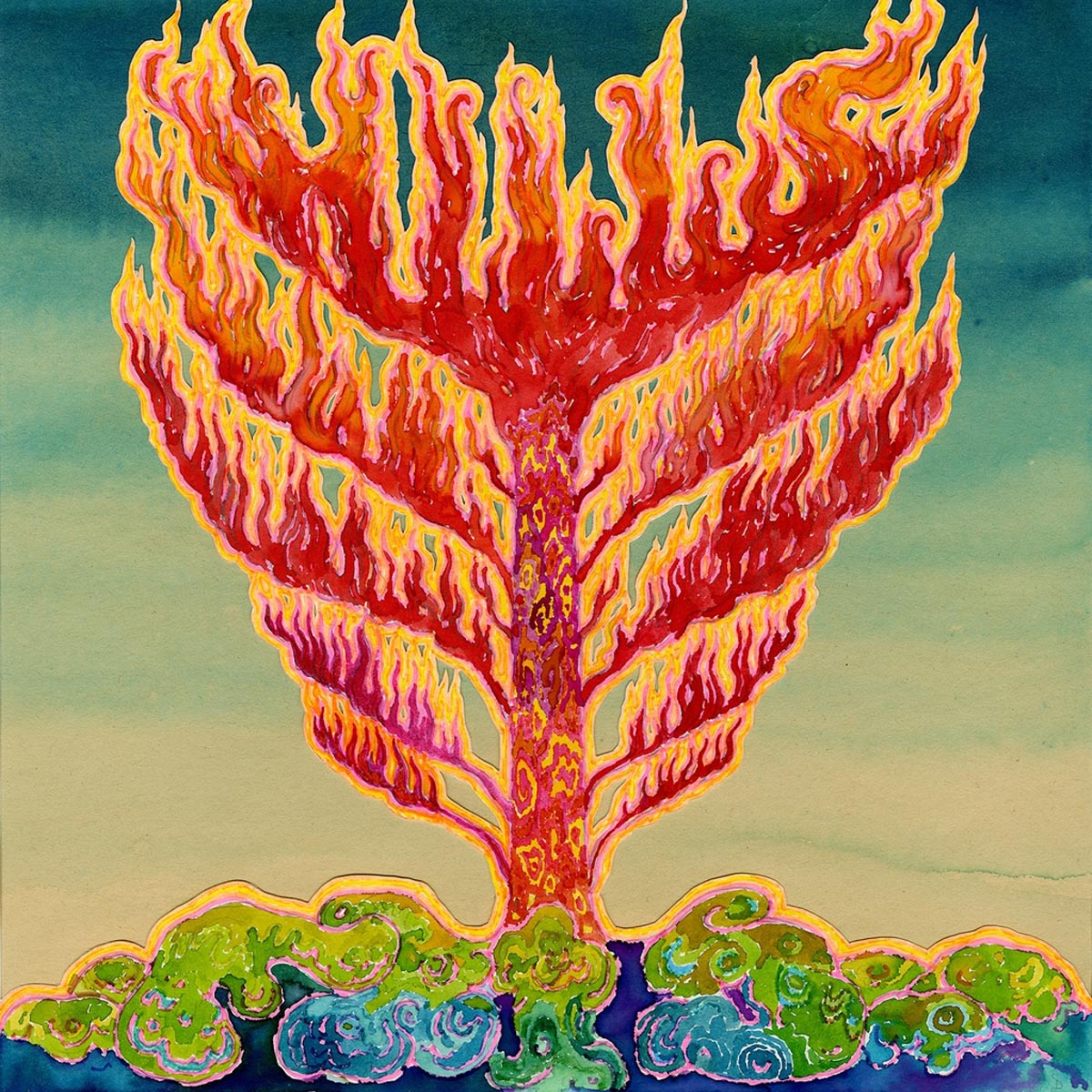 The Gothenburg-based Hills are entering their ninth year of existence, in which they've released two full-length albums. Part of a rich scene in their homestead also including friends and Rocket Recordings label mates Goat, they form the new chapter in a tradition of Swedish psychedelia. On »Frid« they journey inward, via mantric repetition and hip-shaking pulsations as on the ten-minute monolith, »Och Solen Sänkte Sig Röd«, yet they can also lurch into the unknown via the fuzz/wah odysseys of the aptly monikered »National Drone« and the ceremonial exhortations of the closing »Death Will Find A Way«. They have landed on a rich and intoxica ting sound that sidesteps the cliches that often plague modern-day psych. The end result is 38 minutes that translate into a feast for seasoned crate-diggers and fresh-faced converts alike.