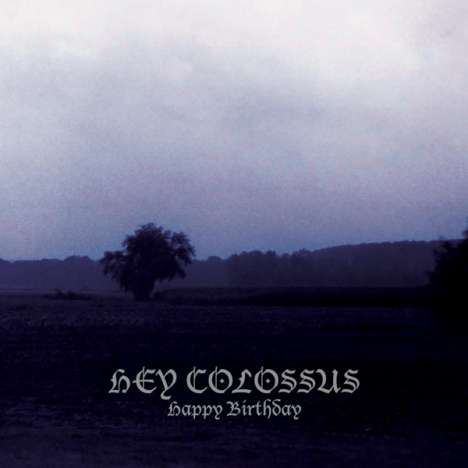 Non-Returnable In Their Own Words. »Happy Birthday« was Hey Colossus's 4th album, and it was originally released by Riot Season back in 2008 on CD only. The album marked the beginning of chapter two for the band, it was the first for Riot Season, the first where the wings were spread and the band took flight. Total noise rock, 100% out there sounds.

The band was a 5 piece at the time and had just completed a tour of Spain that was riddled with ups and downs but mainly full of future talk. Having done three albums on their own label the main topic was what next? »You gotta keep moving« is the bands mantra, still is to this day – check the three recent records on Rocket Recordings and compare them to the first records. It was time to move away from conventional song writing and screw with the heads.