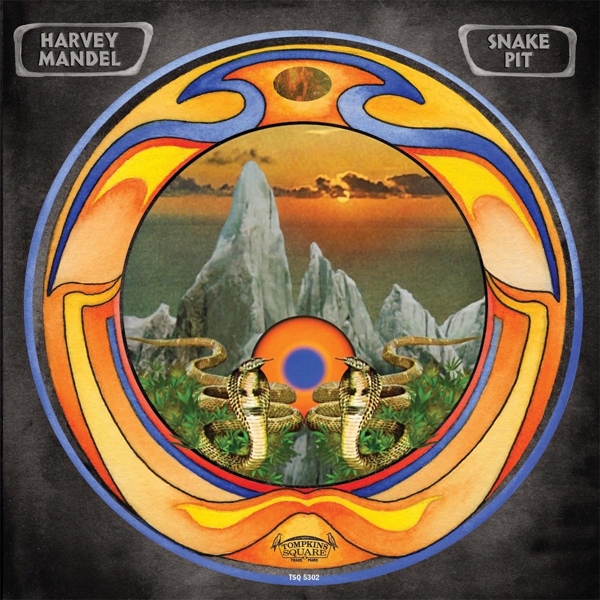 Harvey Mandel is among the most innovative guitarists to emerge from the Chicago blues scene of the late 1960s. His career began at Twist City and other local hotspots, sharing stages with Muddy Waters, Howlin' Wolf and Buddy Guy. He came up in that scene alongside Charlie Musselwhite, Mike Bloomfield, Barry Goldberg and Steve Miller, leading to an invitation from Bill Graham to open for Cream at San Francisco's Fillmore Auditorium in August 1967.

Mandel was a member of Canned Heat, appearing with them at Woodstock. He played on numerous John Mayall albums, and on the Rolling Stones' 1975 LP Black and Blue. Known for his »tapping« technique and sinewy, sustain-driven phrasing (thus his nickname, »The Snake«), Mandel's solo albums such as Cristo Redentor, Baby Batter and Righteous have been sampled and drooled over by guitar geeks, DJ's, and fans of funky, soulful, otherworldly composition.

Harvey's fifteenth studio LP and his first widely distributed album in 20 years, Snake Pit was recorded in two days at Fantasy Studios in Berkeley, CA. Harvey teamed with fellow Chicago-based musicians Ben Boye (keys), Ryan Jewell (drums), Brian Sulpizio (guitar), and Anton Hatwich (bass), who have all played with singer / songwriter Ryley Walker. Harvey and the band had not met previously, nor had they rehearsed. He played snippets of song ideas for the band on his iPhone, and then they would lay down a track in one or two takes. Hard to believe when you hear the album, but that's exactly how it went down.

Minimal overdubs with strings and percussion were added, but mostly what you hear is what happened spontaneously in the studio. The album contains six new original compositions by Mandel and two revisited songs: »Baby Batter« from his 1971 Janus LP of the same name, and »Before Six« by Larry Frazier, which appears on his first album, Cristo Redentor. Snake Pit marks a spirited return in a career that now spans six decades.