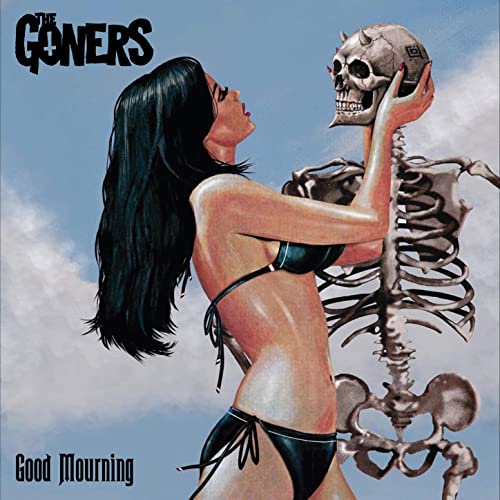 Swedish quintet The Goners announce their forthcoming debut album Good Mourning due out in Spring 2020 on RidingEasy Records. The Goners feature former Salem's Pot vocalist/guitarist Nate Gone and former members of Swedish rock band Yvonne. Don't make a big deal about it. This is something new: Rock bottom. A place you have to throw yourself over the edge and burn all your bridges to reach. A place where the devil is laughing as a constant reminder of everything that went to shit. A place where you owe. As the echoes of the past get louder and the forget-me-now's no longer work, you have to pick up the remaining pieces and try to make them fit.

You can only wake up in an unknown bed with aching intestines and a throbbing noise inside your skull, still craving more, so many times until you realize that your life didn't quite turn out to be what you expected it to be. The killing floor is crowded and when the smoke starts to clear you start to notice just how bad you've been letting yourself go. It's Monday. You are on your own now. And even as you start to do the right, start paying your dues and bills, doing the 9 to 5 and saying your sorries, you're still standing there like a sack of dead meat in a stinkin' world of decay where nobody cares. Gone but still aware. Ain't that something? Ain't that grand! There's no remedy, no working cure but at least you got loud guitars, thumping bass and bashing cymbals to ease the pain. And as you stumble into your thirties, scorched earth policy-style, you can at least smile at the fact that you finished first. At last you succeded in something. Now you can just lay back, back where the sun doesn't shine and ask everybody else »aren't YOU gone yet?« Don't worry, you soon will see that Gone is just a four-letter word. We're all heading south and again, no one really gives a fuck. It's Sunday. Join us.