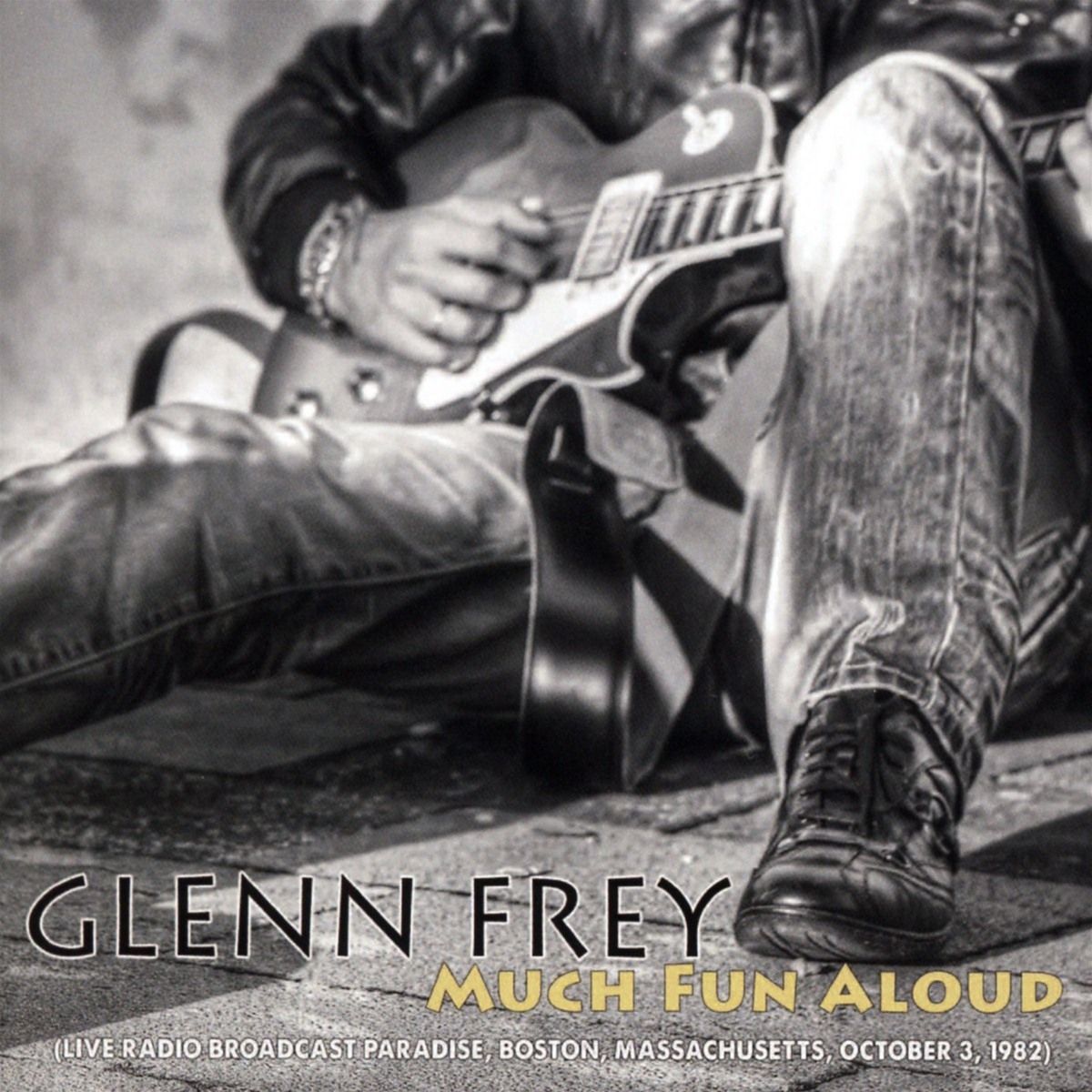 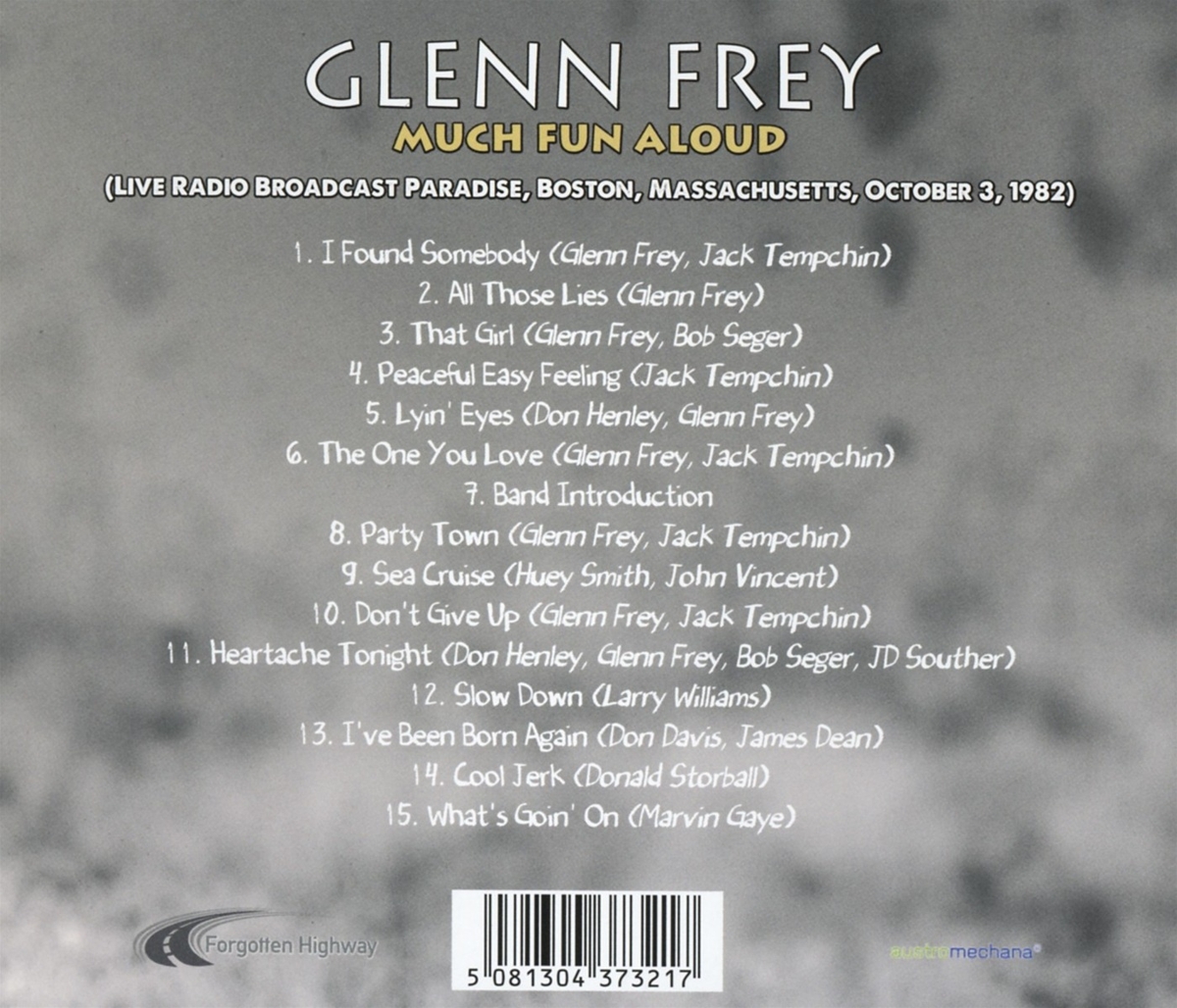 After the breakup of the Eagles in 1980, Glenn Frey embarked on a successful solo career. He released his debut album »No Fun Aloud« in 1982 which reached #31 in the US album charts and included the hit singles »I Found Somebody« (US #31), »The One You Love« (US #15) and »All Those Lies« (US #41). To support his album he did a tour in Japan, followed by a string of numerous dates in the USA. Frey had an incredible band of 8 (!) first-class musicians backing him, most of them very familiar with the songs in the set because they’ve been in the studio with Frey recording »No Fun Aloud« at various studios in Los Angeles, CA, Sheffield, AL and Miami, FL.

On October 3, 1982 the band played two shows at the »Paradise« in Boston, MA. The early show which you’ll find on this CD was broadcast by the local radio station WCOZ and features eight songs from the »No Fun Aloud« album (just »I Volunteer« and »She Can’t Let Go« are missing), three Eagles classics and three covers (Larry Williams‘ »Slow Down«, most popular by The Beatles, The Capitols‘ »Cool Jerk« and Marvin Gaye’s »What’s Goin‘ On«).