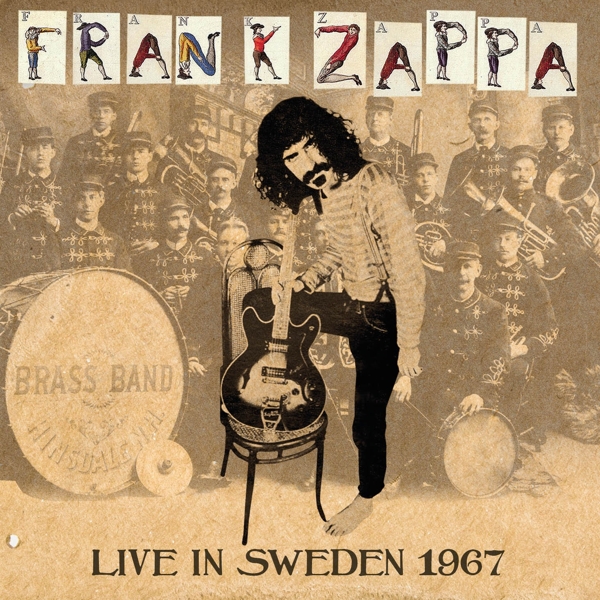 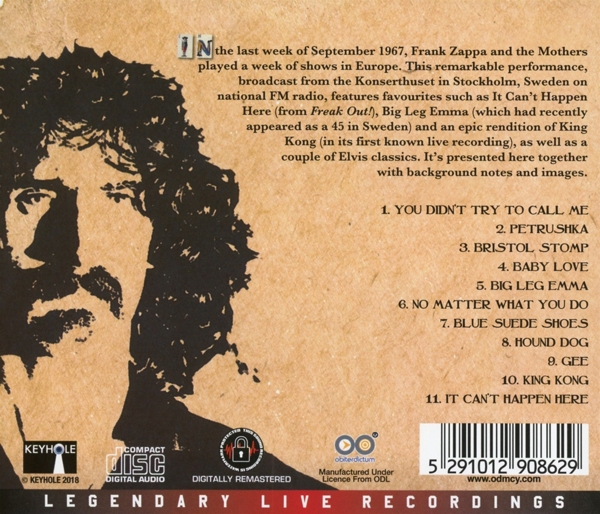 In the last week of September 1967, Frank Zappa and the Mothers played a week of shows in Europe. This remarkable performance, broadcast from the Konserthuset in Stockholm, Sweden on national FM radio, features favourites such as It Can’t Happen Here (from Freak Out!), Big Leg Emma (which had recently appeared as a 45 in Sweden) and an epic rendition of King Kong (in its first known live recording), as well as a couple of Elvis classics. It’s presented here together with background notes and images.