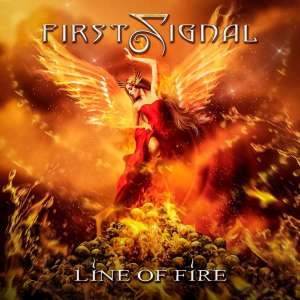 In 2010, a marriage made in melodic rock heaven was consummated between Canadian rock vocalist Harry Hess (Harem Scarem) and German producer Dennis Ward (Pink Cream 69, Khymera) under the First Signal name. The seeds of this union were planted that same year when Frontiers President Serafino Perugino presented Hess some melodic rock songs which had the same vibe and magic as Harem Scarem, who at the time were on a hiatus.

The debut album was greeted with high interest and excellent reviews from the Melodic Rock faithful, so even when Harem Scarem rebooted to record an excellent comeback album, »Thirteen«, Hess was still keen to record some more excellent melodic rock songs that he had gathered from various songwriters under the First Signal banner. The second album was also greeted with much excitement from the Melodic / AOR fan base, especially in Europe. For this third album, the inspiration behind the songs were once again the first two Harem Scarem albums, two absolute Melodic Rock classics, but, as with the debut, some new twists were thrown in with songs covering everything from AOR to Arena Hard Rock.