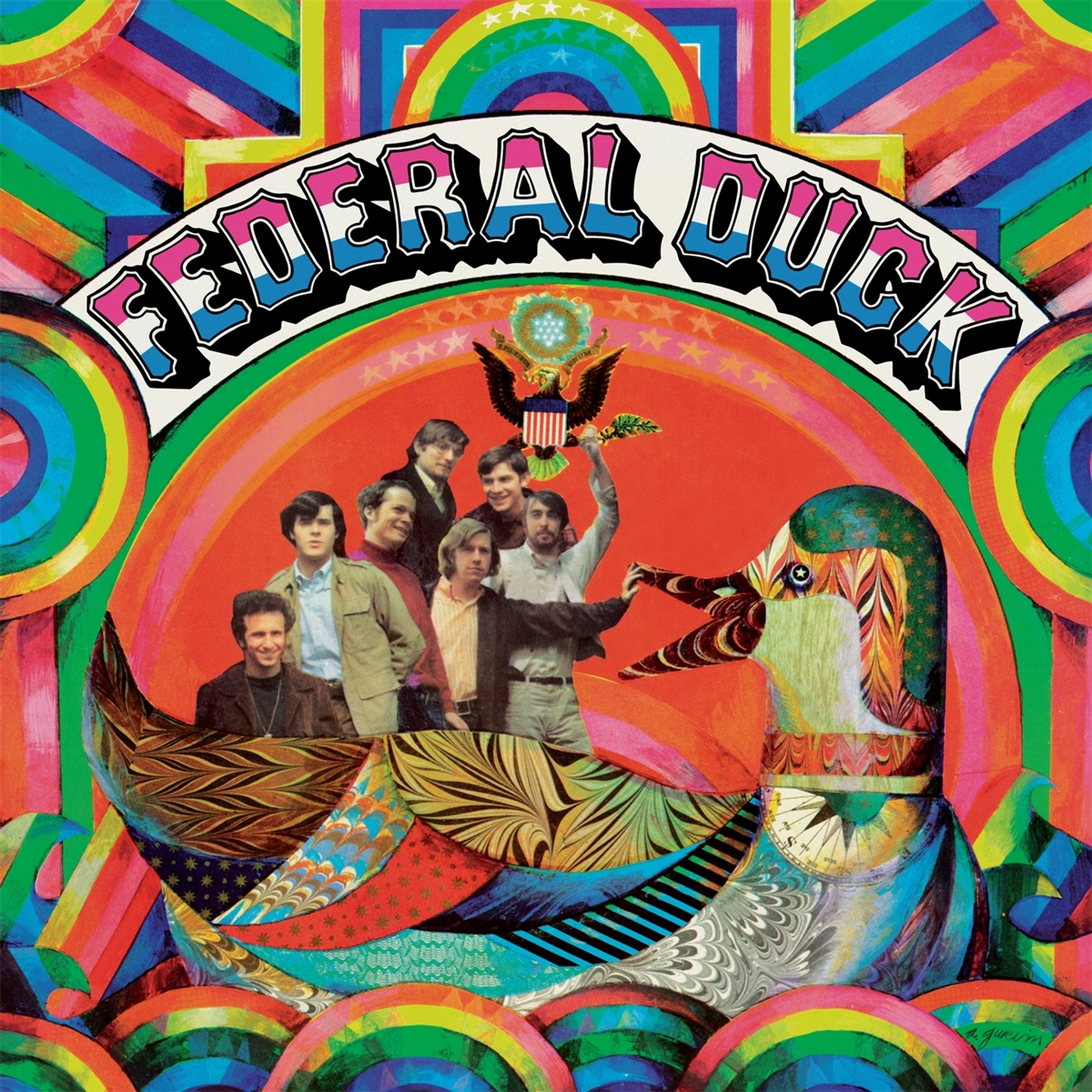 HIGHLIGHTS Federal Duck was one of the many college bands to pop up during the psychedelic years and made a name for themselves as skilled musicians, playing numerous gigs over the short span of 4 years. This self-titled debut album, and only record of the band, includes a number of quality tracks, mixing elements of jazz, country and, mostly, soft-psychedelia.

»Tomorrow Waits For Today« stands out as a wonderful piece of jazzy pop psych that could easily rival the best recordings of the genre. But some will find »Bird« is the most accomplished song on the album, featuring fierce guitars and energetic drums, bordering on hard psych. Although this solid LP successfully mixes such a varied combination of sounds and deserved to have made a bigger splash when originally released, it has remained overlooked for a long time, until rediscovered by psychedelia collectors.

»Federal Duck« is now reissued on vinyl for the first time. Facsimile artwork and 180g vinyl edition. It would be difficult to overlook the eye-catching colourful cover of the Federal Duck's only album (designed by Abe Gurvin, who was also responsible for the very appealing artwork on other Tito Rodriguez and Gene Pitney's records released on the New York based Musicor label). However, this self-titled LP was soon forgotten after not having any singles released as promotional support to the album and also, maybe, due to the complete absence of covers in the tracklist_ Federal Duck was one of the many college bands to pop up during the psychedelic years. It consisted of Tony Shaftel (vocals, bass), Jack Bowers (guitar), George Stavis (guitar, vocals and, moreover, writer to most of the songs), Huck White (guitar, French horn), Ken Stover (keyboards, tuba), Bob Stern (bass, vocals), and Timmy Ackerman (drums, percussion). They met at Haverford College, just outside Philadelphia, and after using other previous names (Stomp Jackson Quintet and The Guides) the band members came up with that name one night when they were lying on the bank of the campus duck pond and some ducks started waddling toward them in what looked like a purposeful and menacing way, as if they were working for the government_ or so they thought.