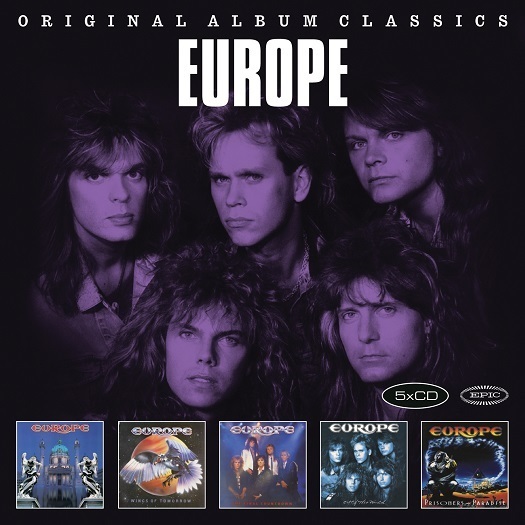 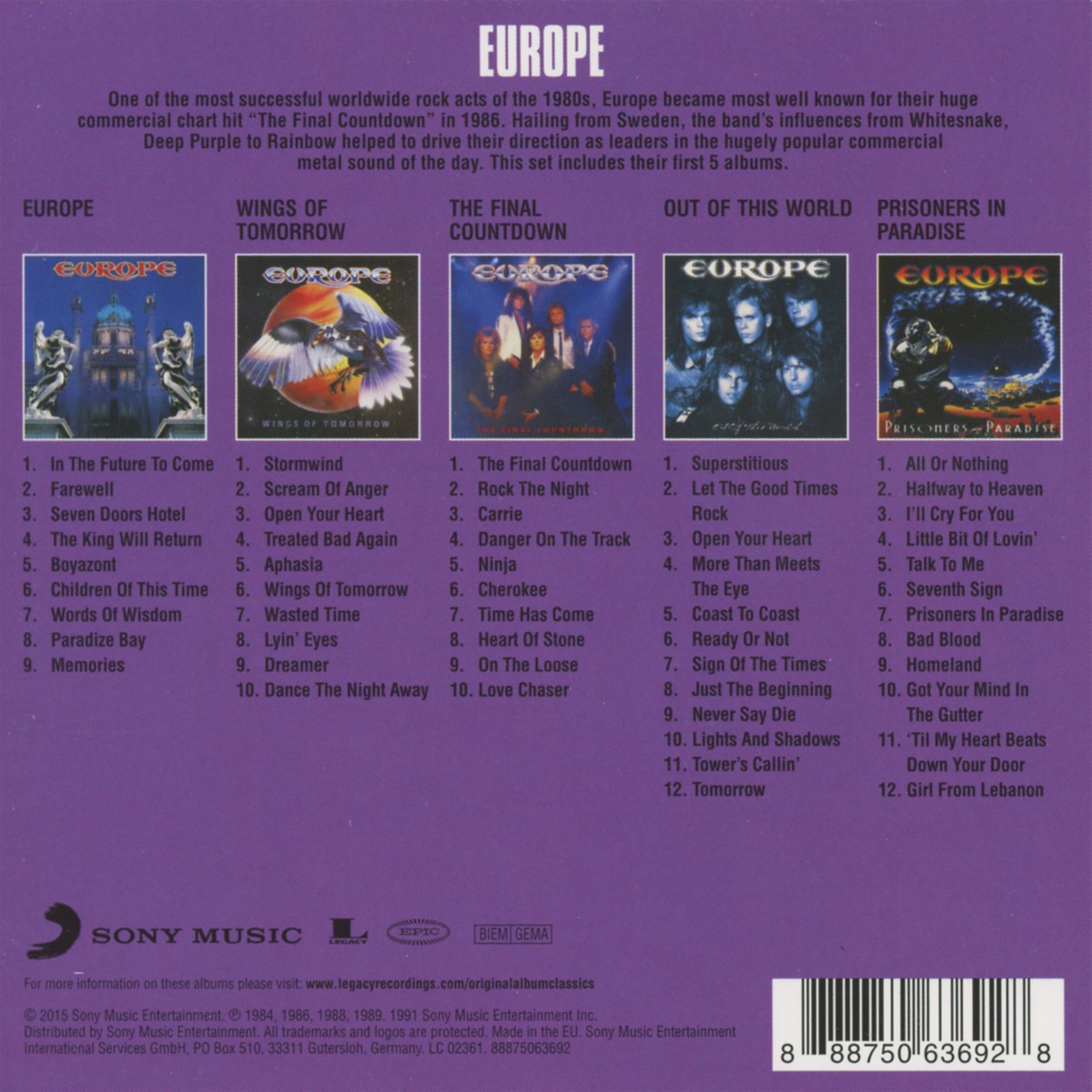 One of the most successful worldwide rock acts of the 1980s, Europe became most well known for their huge commercial chart hit The Final Countdown in 1986. Hailing from Sweden, the band's influences from Whitesnake, Deep Purple to Rainbow helped to drive their direction as leaders in the hugely popular commercial metal sound of the day. This set includes their first 5 albums.