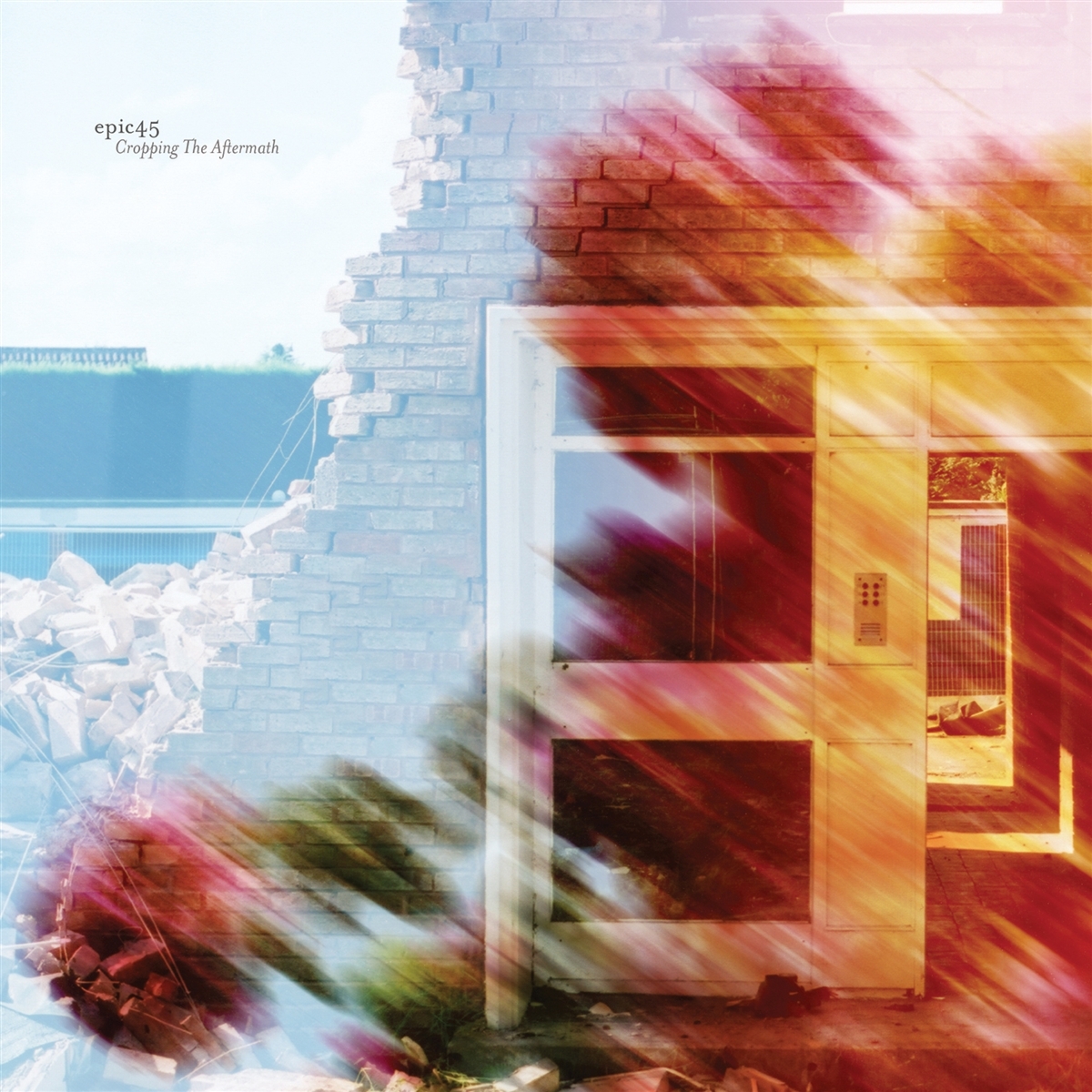 With everything shut by nine, Ben Holton and Rob Glover were trapped in bedrooms; too young to escape the watchful eye of parents. They were contemplating starting a band. New sounds emerge from across the hallway. A sticker covered door, entry denied by an older brother sat behind blasting out pirate radio; not suitable for young ears. Perhaps a familiar scene from the nineties. And so, drawing on a musical palette of those heard sounds, coupled with ruminations on ageing and a dose of epic45 shimmer; »Cropping The Aftermath« makes its way into the world.

»The 90s were our adolescent years, in which we grasped around for an identity and set of ideologies to live by. Of course, guitars won through in the end but these sounds were always on our periphery and an indirect influence.« agree, Ben Holton & Rob Glover. »Cropping the Aftermath« is the second release by epic45 in 2020; the »We Were Never Here« photobook project came out in May. It was an instrumental release featuring large scale photography taken during 2018-2019, of »nowhere places« eerily devoid of human life.

The current line-up consists of founder members Ben Holton and Rob Glover, with James Yates, a long term collaborator whose role within the band has grown organically over time. epic45 will be rescheduling all cancelled UK and Japanese live dates when appropriate.