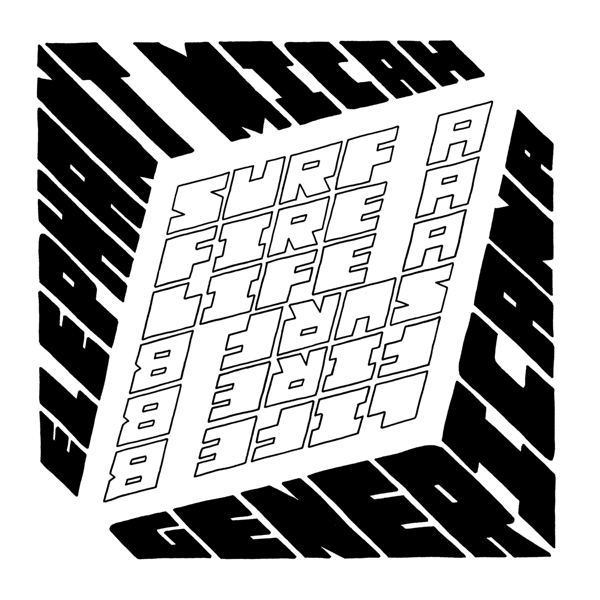 Some thoughts from Joe O'Connell on his project's new album: The album title is Genericana. To me, that roughly means »the stuff from which stuff generates.« It's a short hand way of evoking all the elements that I'm mashing up in this music. The idea is basically that it's this collision of genres, and collision of different versions of »American music.« It's also an album that doesn't fit very neatly into a category of album _ studio? live? remix? Maybe all, or none, of the above.

This is a new mutant variety of Elephant Micah, better suited to survive the cultural climate of the moment in so-called »Trump's America.« It lives! I guess the lodestone in the process of making this was the kind of global avant garde mood that's prevalent in a lot of 1980s albums I admire. Things like Joni Mitchell's Dog Eat Dog and Arthur Russell's Calling Out of Context. These records where singers were making really eclectic and outward looking productions _ writing *through* the process of recording, and literally *playing* with technologies that were totally new to them. All the gear that I gathered to make the album was basically discarded or devalued. I got a bunch of stuff from Craigslist that interested me: a cheap FM synth, some Hindustani electronics, and an old three-head tape deck to use as a »poor man's space echo.«

The icing on the cake is a one-of-a-kind homemade digital synthesizer called »The Mutant«. I worked with my brother to design it. He built it and coded it. The concept of the synth is parallel to the concept of the album itself. It's an electronic take on »folk« sounds (bends, drones, modal playing) and folk creative approaches (a cobbling together and reformatting of existing elements). R.I.Y.L. Jason Molina, Bonnie Prince Billy, Bill Callahan, Damien Jurado.

Elephant Micah
Where In Our Woods
CD
EUR 13,99*
alle anzeigen