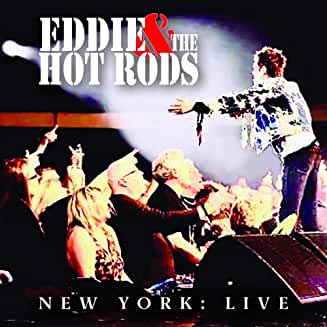 Having reformed in 2000, this was the third USA tour for this line up of the Hot Rods and they were truly firing on all cylinders by this point, as they reached Southpaw, Brooklyn on May 7th 2009. Having started the run in Seattle on April 21st, the route had crossed the country, taking in Portland, San Francisco, Los Angeles, Austin, Kansas City, Minneapolis, Chicago, Detroit, Cleveland, New Jersey and Boston before finishing up in Hoboken on May 9th...a tour so good they did it another three times during the next five years!

Thankfully, the good people at Southpaw pressed the Record button and so here is the unreconstructed, warts 'n' all performance, last official 'Live' recording, from Barrie Masters and band in their prime.