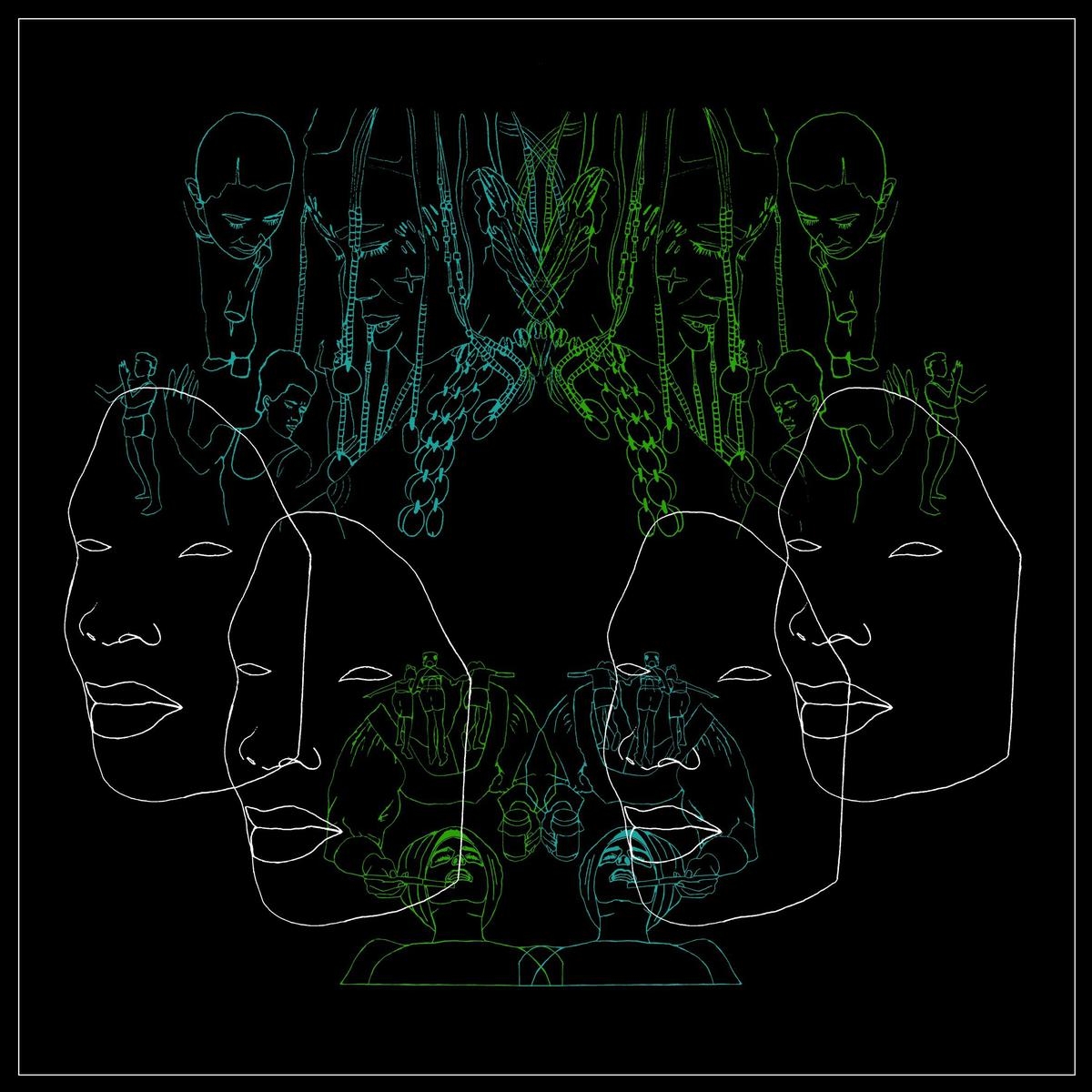 buffering juju, the title of dumama + kechou's debut album, relates to the process of »excavating spiritually charged content from within«. The duo's textural sound, driven by cyclical song structures and chant making, not only captures the angst of the modern world but mines this state of affairs for regenerative potential. dumama (vocalist and uhadi player) + kechou (multiinstrumentalist with a focus on indigenous African instruments and handmade instruments) met in Cape Town in 2017. There was an instinctive pulse to the initial clutch of shows they played together, blowing open vast sonic and conceptual possibilities.

»I guess we were in similar places with our music processes in trying to push healing music to the edges and be more experimental with it«, says dumama. The narrative of the album unravels as a piece of magical realism informed by South African folklore and reality, detailing a woman's liberation story where the characters shift shape and traverse multiple realms, deploying various iterations of their power or lack thereof. »It has an organic, natural, cyber and modern kind of energy - all rooted in African aesthetics of sound and storytelling«, says kechou.

All of this sits on a bed of the duo's unique musical language, one that, although applied electronically in the form of looping and soundscaping, is founded on approaches to string, vocal and percussion tones that reflect a merger between Northern and Southern African heritage. Recorded primarily in Cape Town and Johannesburg over the first quarter of 2019, buffering juju is a conduit to a past we were not necessarily present for, and a future where threatened indigenous technologies thrive in an increasingly digitised world.