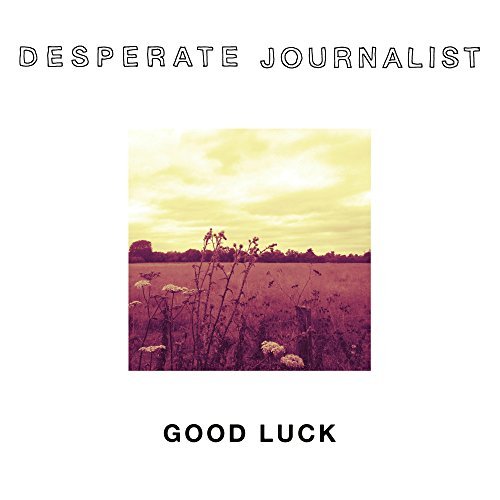 Desperate Journalist are throwing themselves back into the furious indierock fray with their brand new »Good Luck« EP. They kick off at radio and press with »Perfect Health«, and the fact that the last song on the EP is the lead-off track to the media is neatly in sync with the awkward, angular thoughts of a band who are playing the DIY game their own (bitter) sweet way.
They have scarcely looked back since the release of their self-titled debut album, hoovering up reams of press acclaim and headlining the 100 Club in the spring. In one especially marvellous summertime week they played tremendously received slots near some trains at Indietracks in Derbyshire and near some, umm, tramlines at Tramlines in Sheffield, as well as supporting The Pains Of Being Pure At Heart at The Garage in London. And when they weren't glowering at the indie masses they were locked away with Keith TOTP in the same Dean Street studio where ›Desperate Journalist‹ took thoroughly bruised shape.
The end result is the »Good Luck« EP. If the album was a reckless rollercoaster ride of half-maddened post-punk melodies and battered neo-gothic chaos with the odd pause for breath, this EP is a more considered experience. True, »A Phase« captures that original electrified essence rare, but this is a splendidly diverse and disciplined package, epitomised by serenely jangling lead-off track »Perfect Health«, which is all sweetness and (b)light.

Desperate Journalist
In Search Of The Miraculous
CD
EUR 14,99*