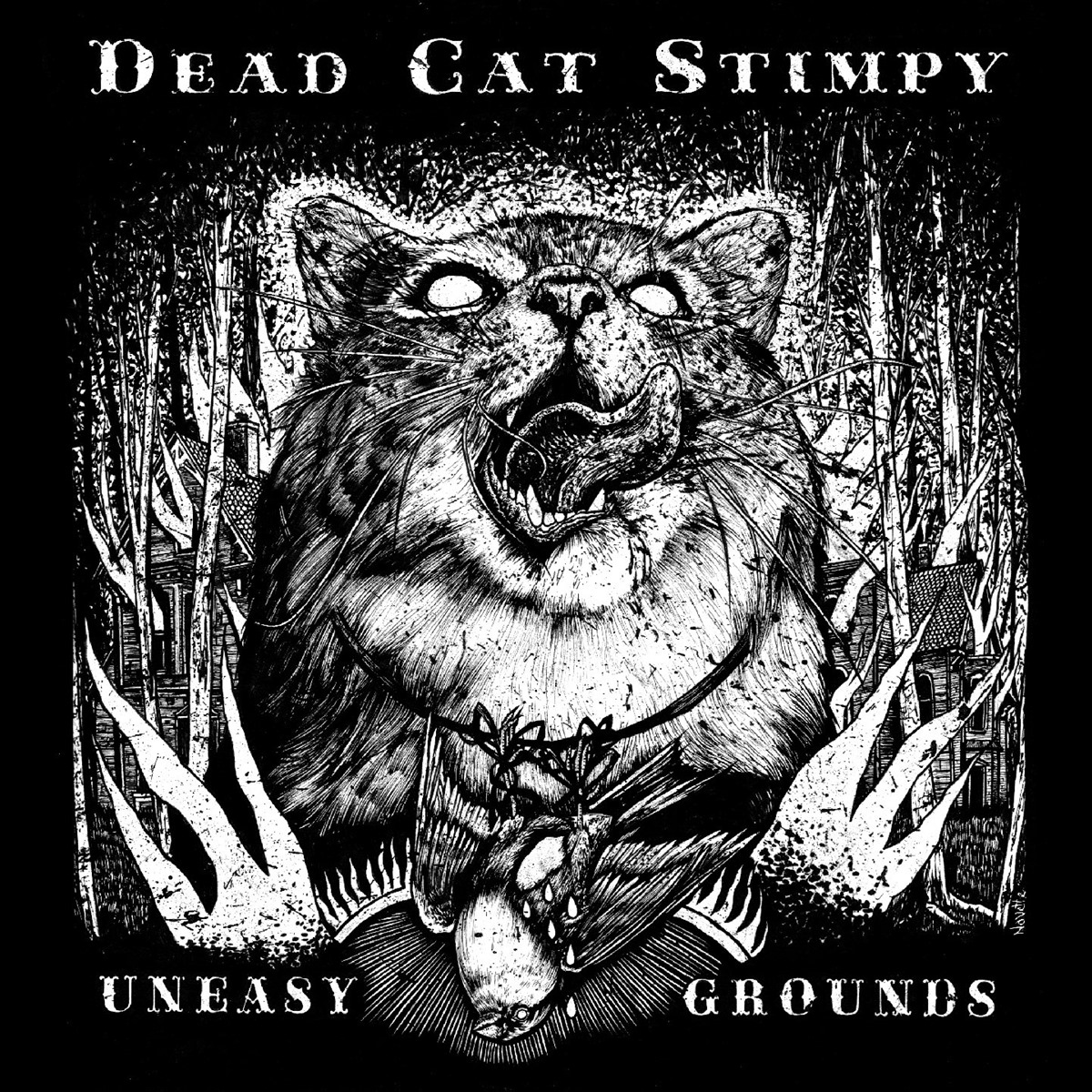 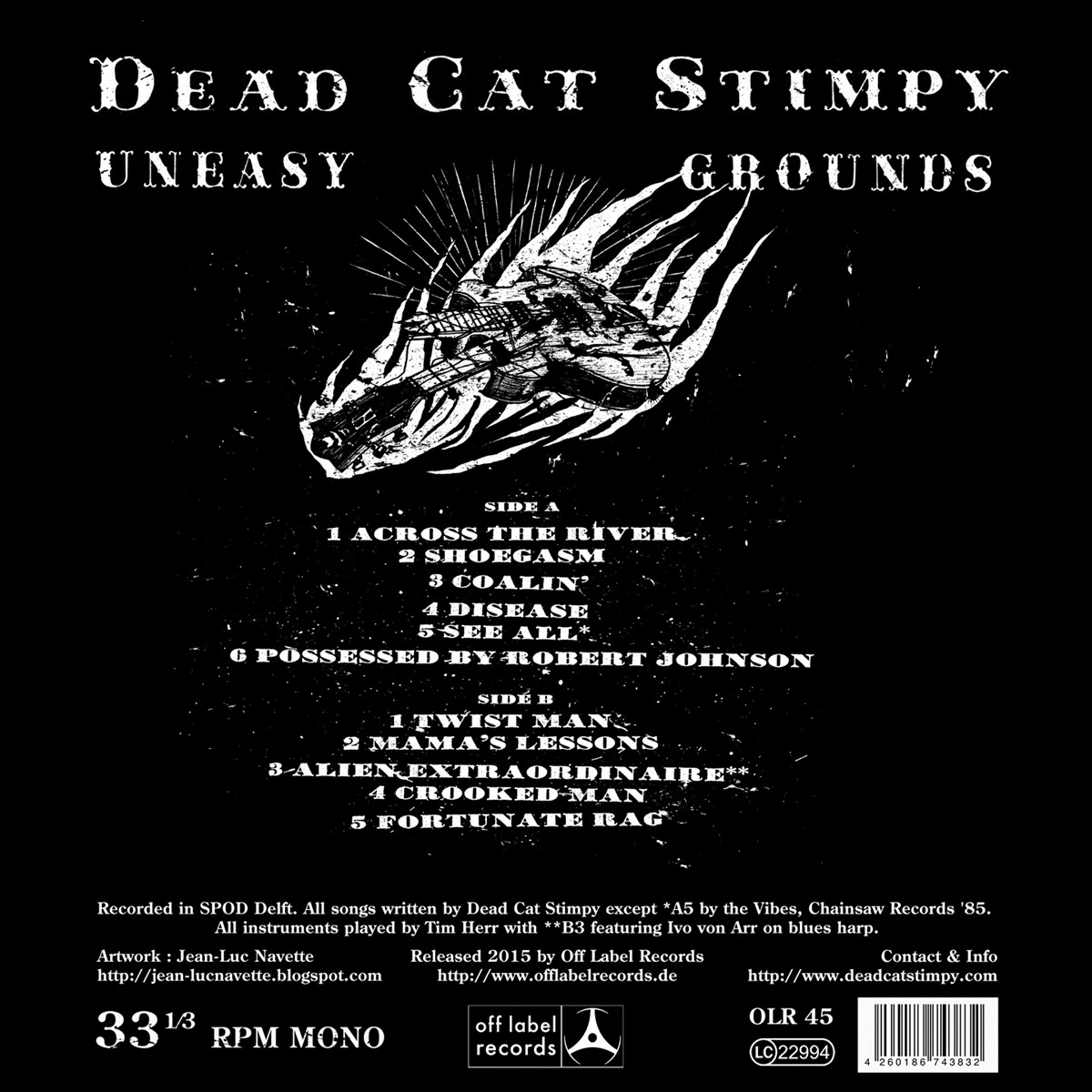 In 2010, a quiet kid from Delft gives his first stomps on a foot-based drum set while playing some guitar tunes. Having only drummed in punk bands prior, the feeling of total control is addictive. The first gig may just as well have left him a junkie, and he decides he perhaps shouldn't feed the beast. That lasts for a year, but this thing is gonna stick, and eventually more shows follow in the coming years that start to drive his crazy train. His screams get louder, his stomps get harder and his guitar gets grittier, until he is quiet no more. More and more a finger-picking rockabilly sound gets infused with noisy garage punk and bluesy slide guitar, and it is time to put this dirt out there. The first songs start to surface in 2014 on an eight-song running cassette tape ›All taped up‹, and later that year on a dutch garage vinyl compilation album.
However, not until now is Dead Cat Stimpy fully ready to blast through your speakers with a full album release. Perhaps playing with personal heroes through the years such as Beat-Man and the Monsters, Puta Madre Brothers, John Schooley and Demented Are Go inspired him to chase his own sound, or perhaps the old punk DIY attitude drove him, but the new record is entirely self-recorded and produced by this Dutch one-man band. A quiet kid offstage, a madman onstage, but definitely loud on your turntable, check out the new 11 track vinyl release ›Uneasy Grounds‹ out now on off label records!