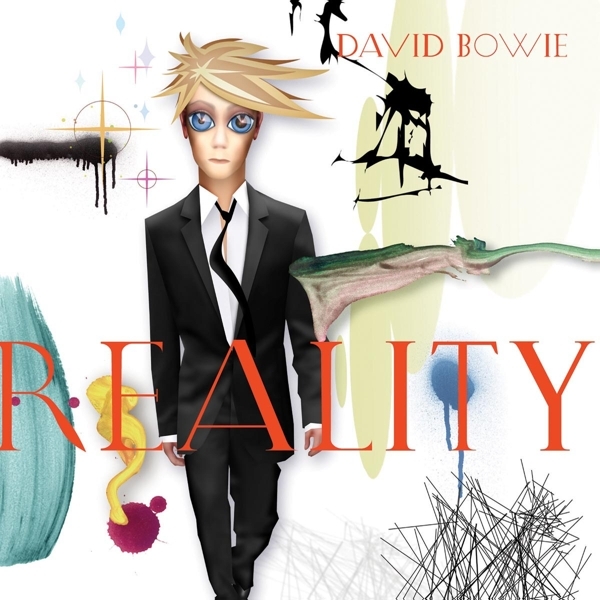 contains a 12-page booklet with lyrics and artwork.

Reality, the 23rd album of David Bowie (2003) followed up on the heavily successful formula of Heathen [MOVLP470], combining infl uences of Bowie's Seventies' past (say, from Heroes to Scary Monsters) with a contemporary new millennium vibe. David produced this album together with Tony Visconti, the dream team that also made Heathen a true work of art, resulting in yet another surefi re production and memorable songs

. The album made it to the top 30 of the Billboard 200, and set the course for great Bowie albums to follow. Released in a time when vinyl popularity was at an all-time low, Reality never saw its proper offi cial vinyl release. Each vinyl contains a 12-page booklet with lyrics and artwork.