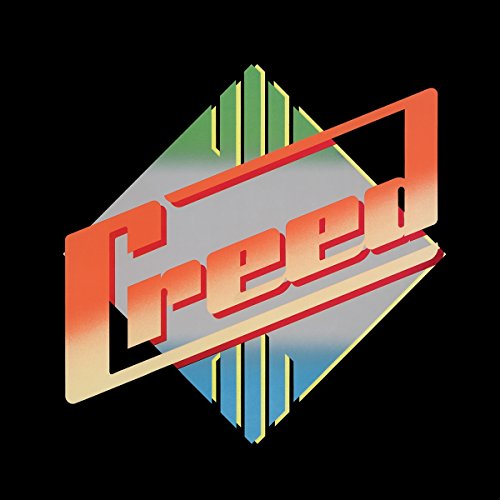 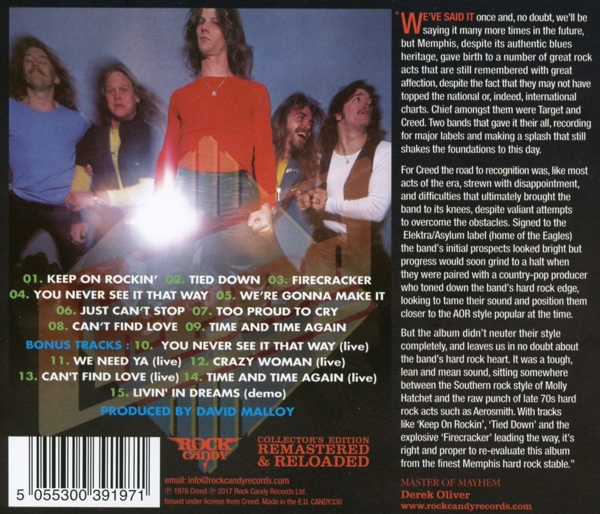 We've said it once and, no doubt, we'll be saying it many more times in the future, but Memphis, despite its authentic blues heritage, gave birth to a number of great rock acts that are still remembered with great affection, despite the fact that they may not have topped the national or, indeed, international charts. Chief amongst them were Target and Creed. Two bands that gave it their all, recording for major labels and making a splash that still shake the foundations to this day.

For Creed the road to recognition was, like most acts of the era, strewn with disappointment, and difficulties that ultimately brought the band to its knees, despite valiant attempts to overcome the obstacles. Signed to the prestigious Elektra / Asylum label (home of the Eagles) the band's initial prospects looked bright but progress would soon grind to a halt when they were paired with a country-pop producer who toned down the band's hard rock edge, looking to tame their sound and position them closer to the AOR style popular at the time. But the album didn't neuter their style completely, and leaves us in no doubt about the band's hard rock heart. It was a tough, lean and mean sound, sitting somewhere between the Southern rock style of Molly Hatchet and the raw punch of late 70s hard rock acts such as Aerosmith. With tracks like ›Keep On Rockin', ›Tied Down‹ and the explosive ›Firecracker‹ leading the way, it right and proper to re-evaluate this album from the finest Memphis hard rock stable.