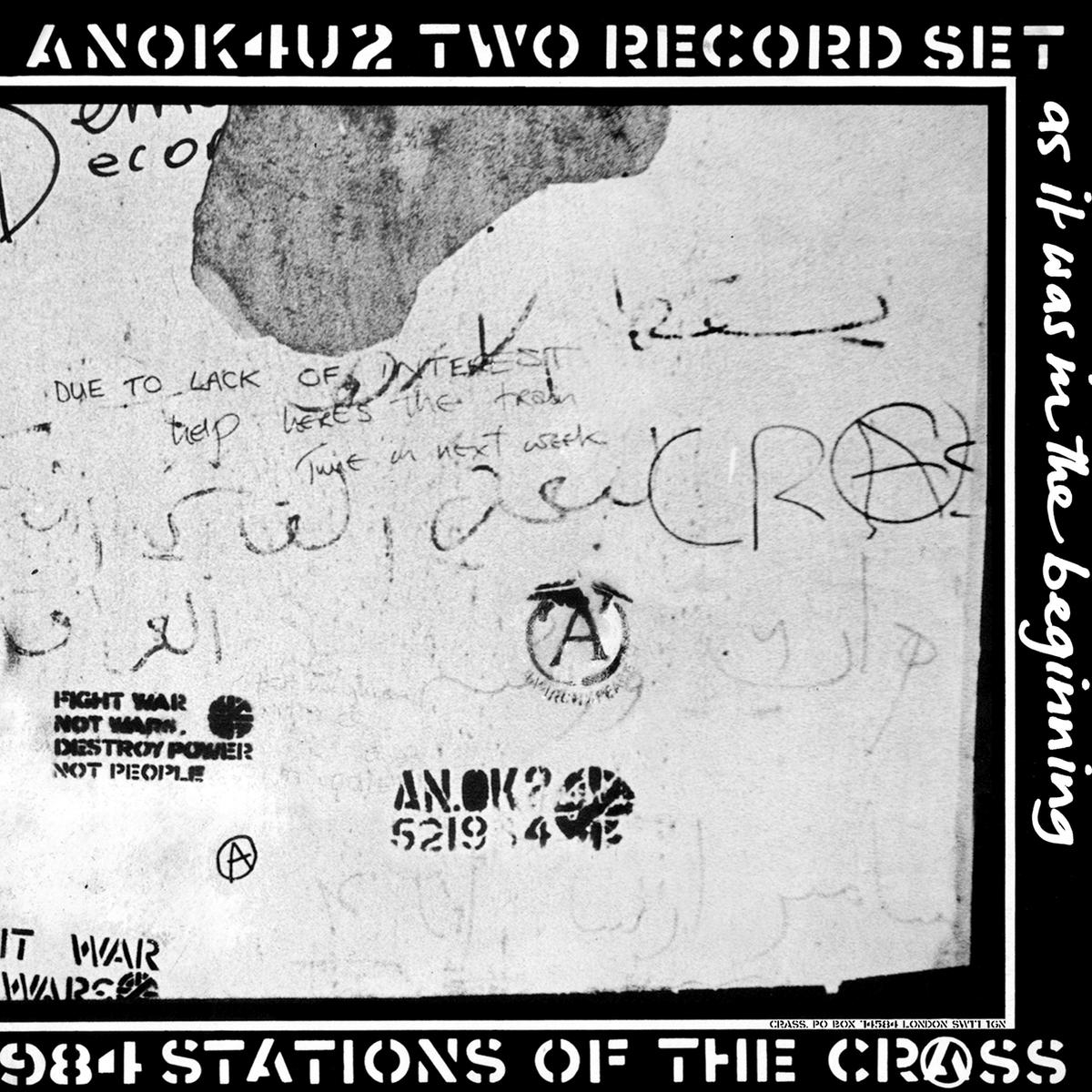 Stations Of The Crass is number two in the revisited double CD Crassical Collection series, remastered by Alex Gordon and Penny Rimbaud at Abbey Road Studios in 2018. This release features the original Crass album on CD1, and on CD2, the 1979 John Peel Sessions followed with Crass live at the Pied Bull Islington recorded in the same year, plus a fold-out poster of the original cover and an illustrated booklet containing lyrics and contextual notes. There is also the added bonus of creating an enlarged Crass logo when owning the complete set.