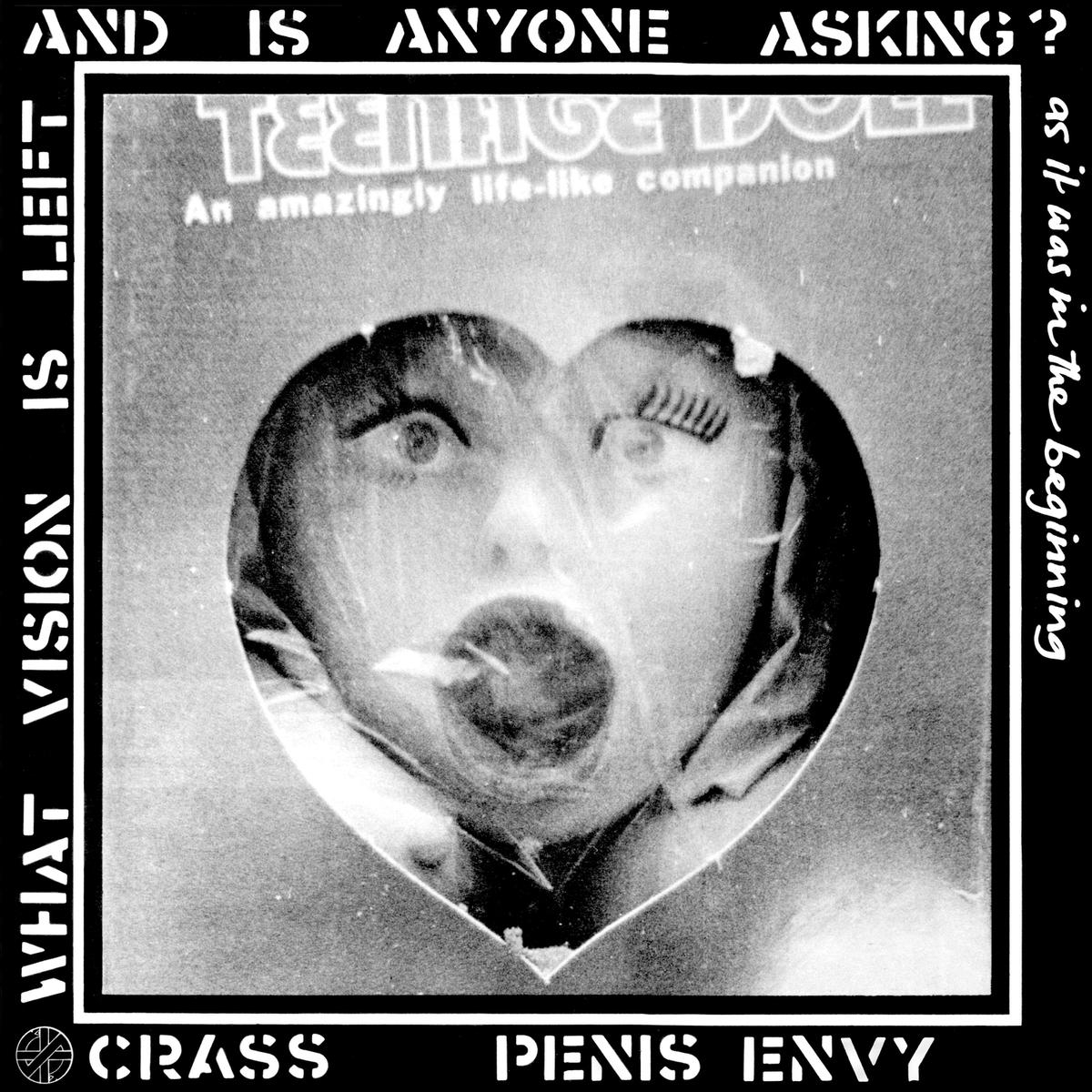 Penis Envy, number three in the revisited double CD Crassical Collection is a double CD presentation containing the 2009 remastered original Crass album on CD1 and, on CD2, additional related tracks mastered in 2018 at Abbey Road Studios and largely featuring Eve Libertine in a variety of guises, plus a fold-out poster of the original cover and an illustrated booklet containing lyrics and contextual notes. There is also the added bonus of creating an enlarged Crass logo when owning the complete set.