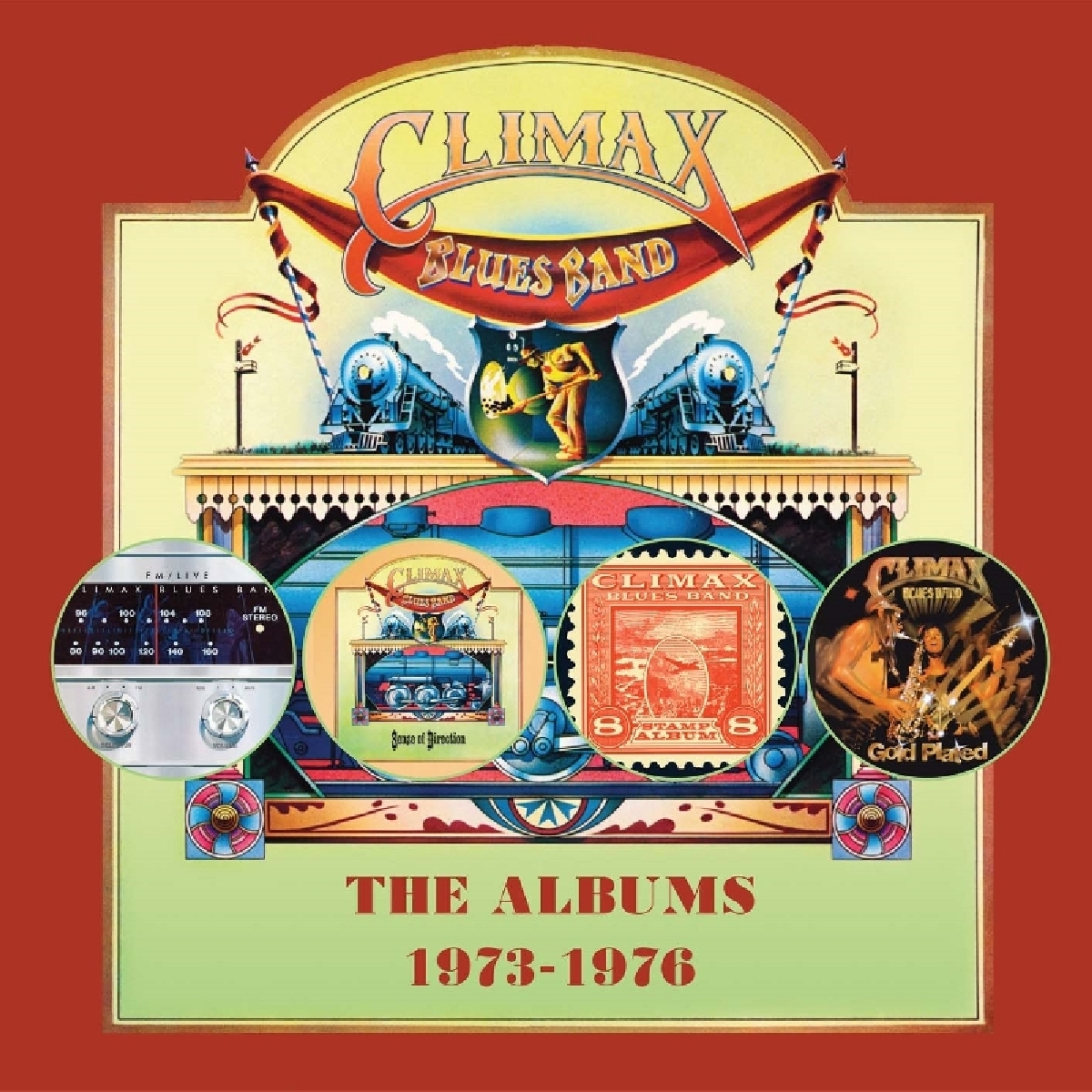 Formed in Stafford in 1968 by Colin Cooper, the band (originally known as the CLIMAX CHICAGO BLUES BAND) recorded their first live album, FM LIVE, in New York City at the Academy of Music with a line up of COLIN COOPER (Vocals, Saxophones, Harmonica), PETE HAYCOCK (Guitar, Vocals), DEREK HOLT (Bass, Guitar, Vocals) and JOHN CUFFLEY (Drums). The album was originally released as a single LP in the UK by Polydor Records, but issued as an entire performance by Sire Records in the USA. The version in this set is the original US double album running order (with the full version of Goin’ to New York).

SENSE OF DIRECTION was released in 1974 and was a strong studio album and saw the band gain further commercial ground in the USA and Europe, thanks to pieces such as the album’s title track.

STAMP ALBUM was released in 1975 and was the band’s first release on the BTM Records label (established by their then-manager Miles Copeland). Featuring such classics as I am Constant, the album was successful on both sides of the Atlantic.

The 1976 album GOLD PLATED was their final album for BTM and featured the classic top ten hit single Couldn’t Get it Right (for the promotion of which the band performed completely live on the BBC TV show Top of the Pops). The success of the single and the overall quality of the work ensured GOLD PLATED was a hit album in Europe and the USA.

This clamshell boxed set gathers these four albums in replica album sleeve wallets and also includes a new poster. It is a fine celebration of the CLIMAX BLUES BAND’s work in the mid-1970s.