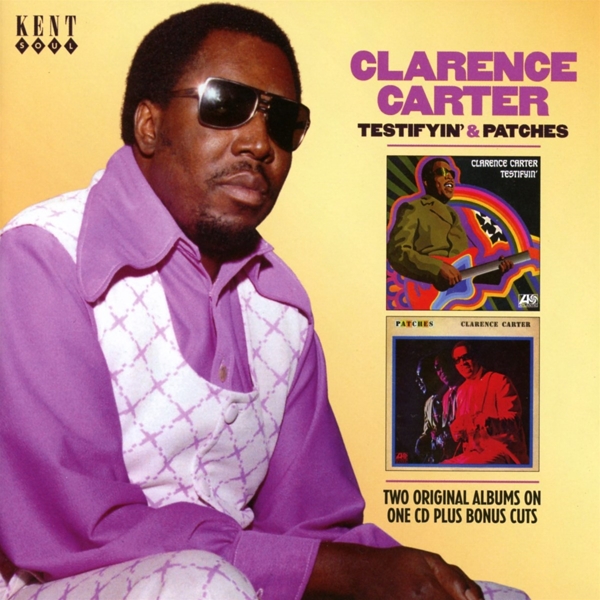 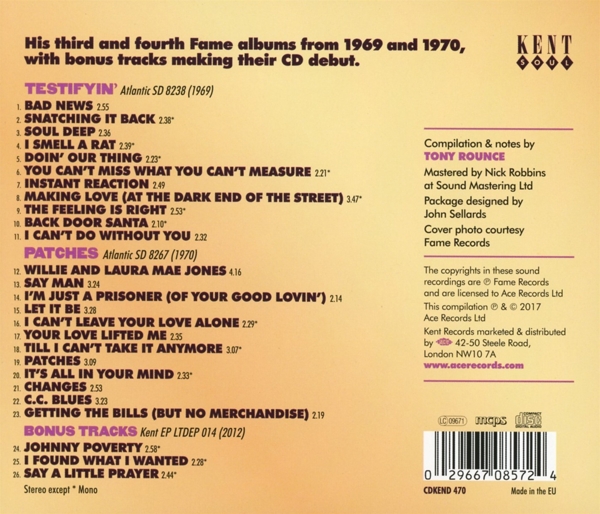 - The great Alabama soul man Clarence Carter was at the peak of his popularity when he recorded and released the two albums featured in Kent’s latest project from the vaults of Fame records.

- 1969 and 1970 were good years for Clarence, providing some of the biggest R&B hits of his career and bringing him worldwide mainstream popularity with his version of ‘Patches’.

- These two albums feature all seven of Clarence’s chart smashes from that two-year period, plus many other fan favourites from this part of his discography.

- By way of a bonus we also feature three tracks from early 1971 that somehow evaded any kind of release when new, and which have only ever been previously issued on a now-deleted, limited edition vinyl EP.

- As you might expect, the package is copiously annotated, generously illustrated and beautifully remastered from the best possible tape sources.