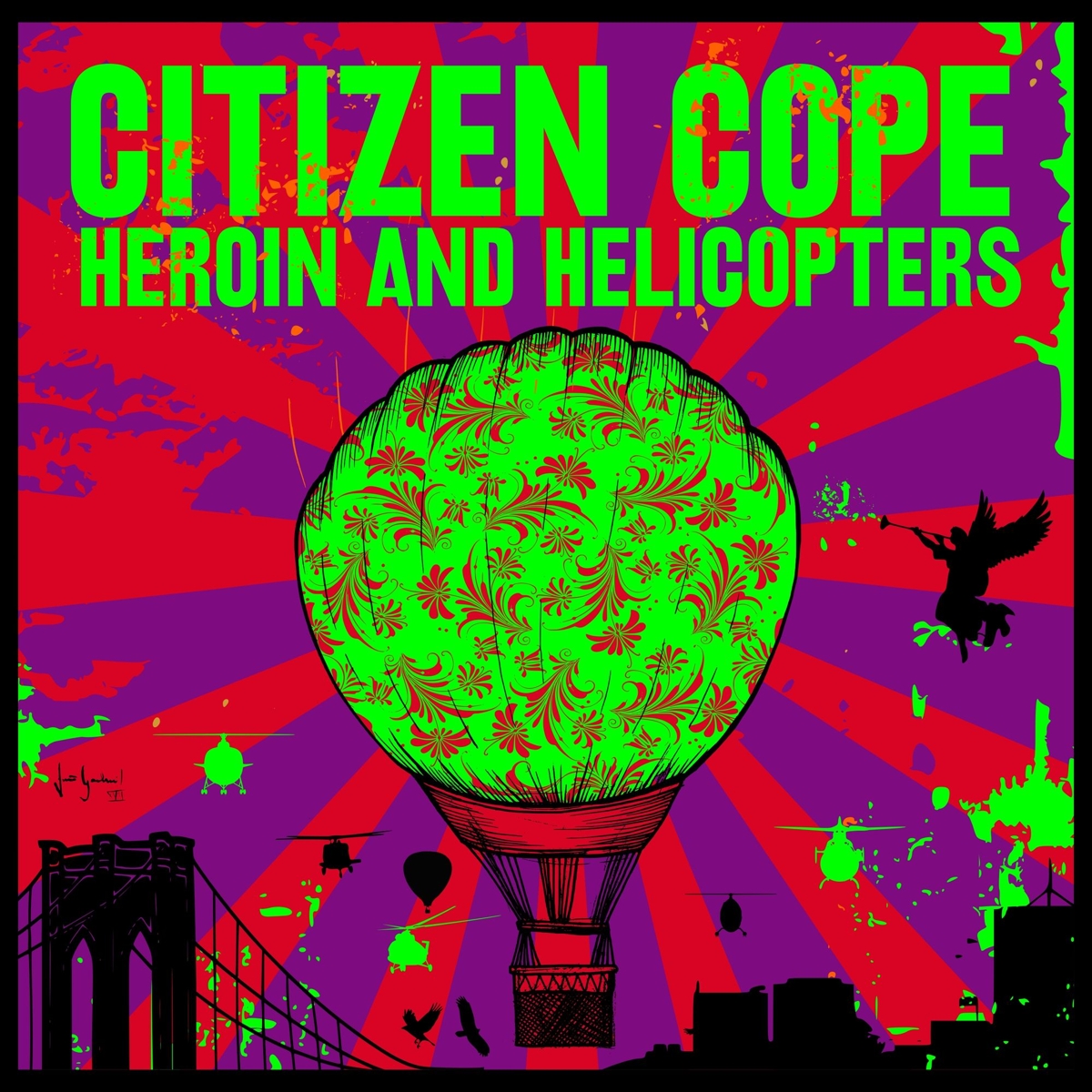 Comprised of 11 new, original songs all written and produced by Citizen Cope - AKA Clarence Greenwood - "Heroin & Helicopters" marks a return to Cope's grassroots approach to musicianship, one that is colored by hard work, hustle and heart, irrespective of the obstacles he's encountered throughout his more than 25 years as a career artist.

Citizen Cope came up with the title "Heroin & Helicopters" after an encounter with Carlos Santana, who has been a Citizen Cope fan since before their 2002 collaboration on his rework of the Cope song "Sideways". Santana was at a Citizen Cope show at San Francisco's Fillmore when he told Cope to stay away from the two H's - heroin and helicopters, saying both had fatal results for people in music. To Cope, the quote reflected a larger pattern in society - a metaphor for addiction and instant gratification, both themes that thread throughout the record. The album tackles Cope's personal struggles with religion, political manipulation, hollowness in the entertainment world, and spiritual enlightenment, as he contends with his own role in those societal institutions. Citizen Cope has sold over 1 million records, and he's earned accolades from Rolling Stone and The Washington Post, who dubbed him DC's finest export since Marvin Gaye. He will tour extensively this spring in support of "Heroin & Helicopters", including a performance at NYC's Beacon Theater, a show at the Novo in Los Angeles, and more.