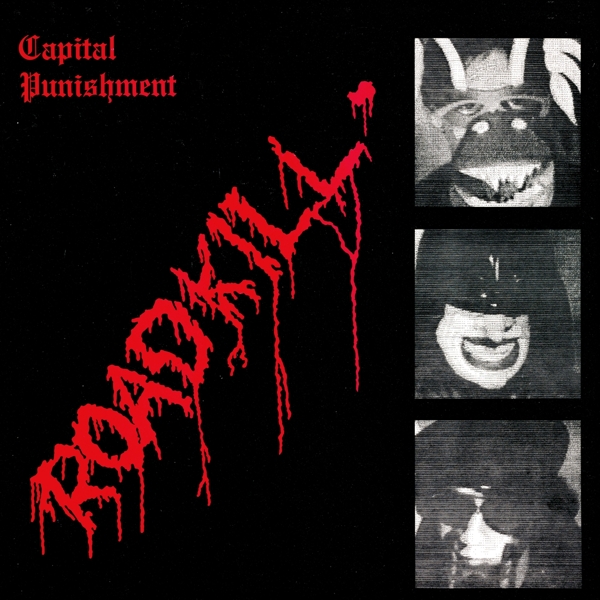 If I were to tell you that a band of NYC teenagers who met in 1979 decided to form a band influenced by Cabaret Voltaire, Throbbing Gristle, Eno, Chrome and released a privately pressed record, it would be enough to pique your interest. When you find out the band consisted of a future Supreme Court Justice for Arizona, a Professor of Slavic Studies, a Musician/Documentarian whose family built the Brooklyn Bridge, and an A-list world-famous actor the story goes from being about another rare, privately pressed recording that's been re-discovered, into something that's pretty incredible.

Captured Tracks is thrilled to announce the reissue of Capital Punishment's 1982 sole LP Roadkill. For a band of high school weirdos who actually got their shit together enough to make a completely uncommercial album with no means to sell it shows a lot of determination, persistence and perhaps insanity. But it's always those kinds of weirdos who go on to do great things – just ask Judge Peter Swann, Professor Peter Zusi, Kriss Roebling and Ben Stiller. »I was in a band in high school – it was called Capital Punishment, and it was sort of a post punk-neo-goth-urbanexperimental band... I was sort of the Ringo of the band.« - Ben Stiller on The Tonight Show with Jimmy Fallon