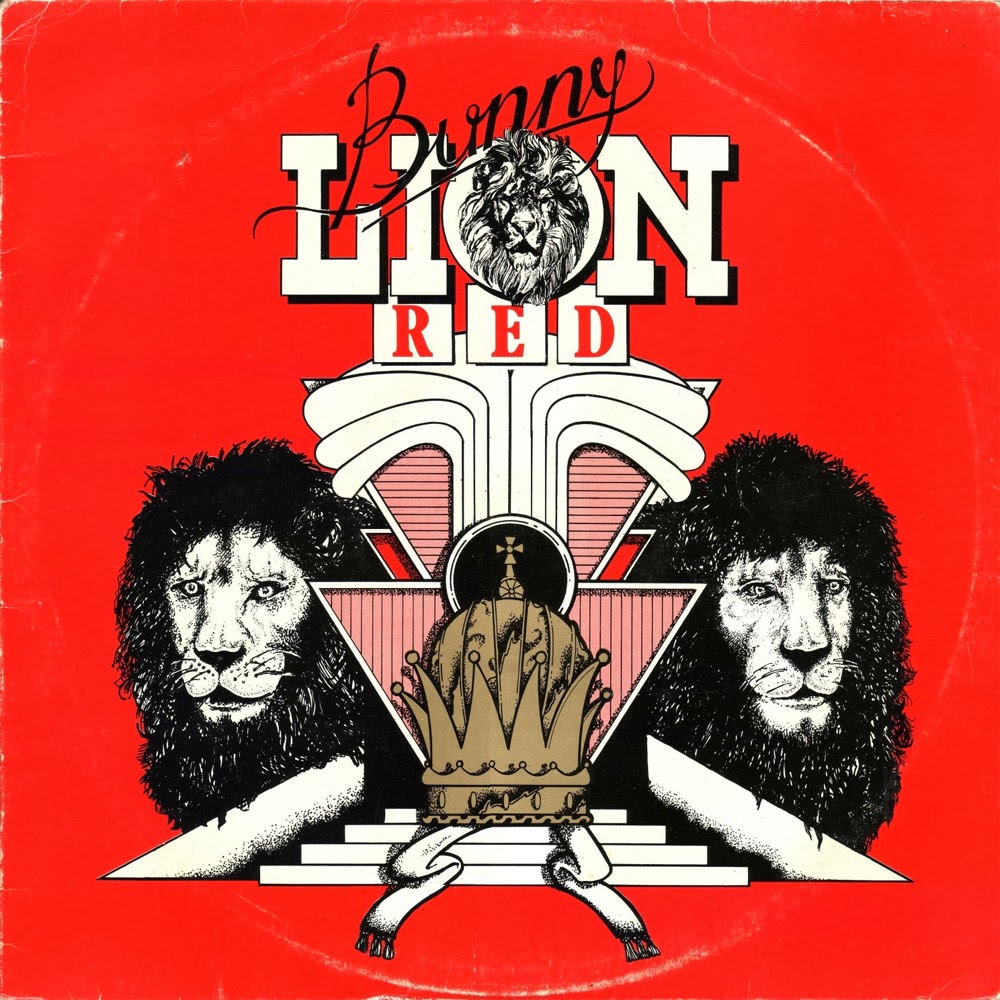 Although his lack of touring kept him from being established as a major figure in overground reggae circles, Linval Thompson's work as a singer, songwriter and producer is essential to Jamaican music. Between 1977 and 1979, he released five solo albums and produced countless artists on the side. Thompson acted as a mentor to many up-and-comers, including Junjo Lawes, Scientist, and Eek-AMouse.

As dancehall became more prominent in the late 1970s, Thompson began to offer up his rhythms to sound system deejays. The mysterious deejay LP, Bunny Lion Red was originally released on London's Starlight records in 1979. Little was written about the album at the time; however, we have uncovered that Bunny Lion is in fact the legendary Puddy Roots of Killamanjaro Soundsystem fame.

Red features ten grooving Thompson Sound rhythms voiced by Puddy. This is the earliest documented work of the criminally under-recorded Puddy Roots. It's also the perfect gateway record for anyone curious about dub, roots reggae, or dancehall.