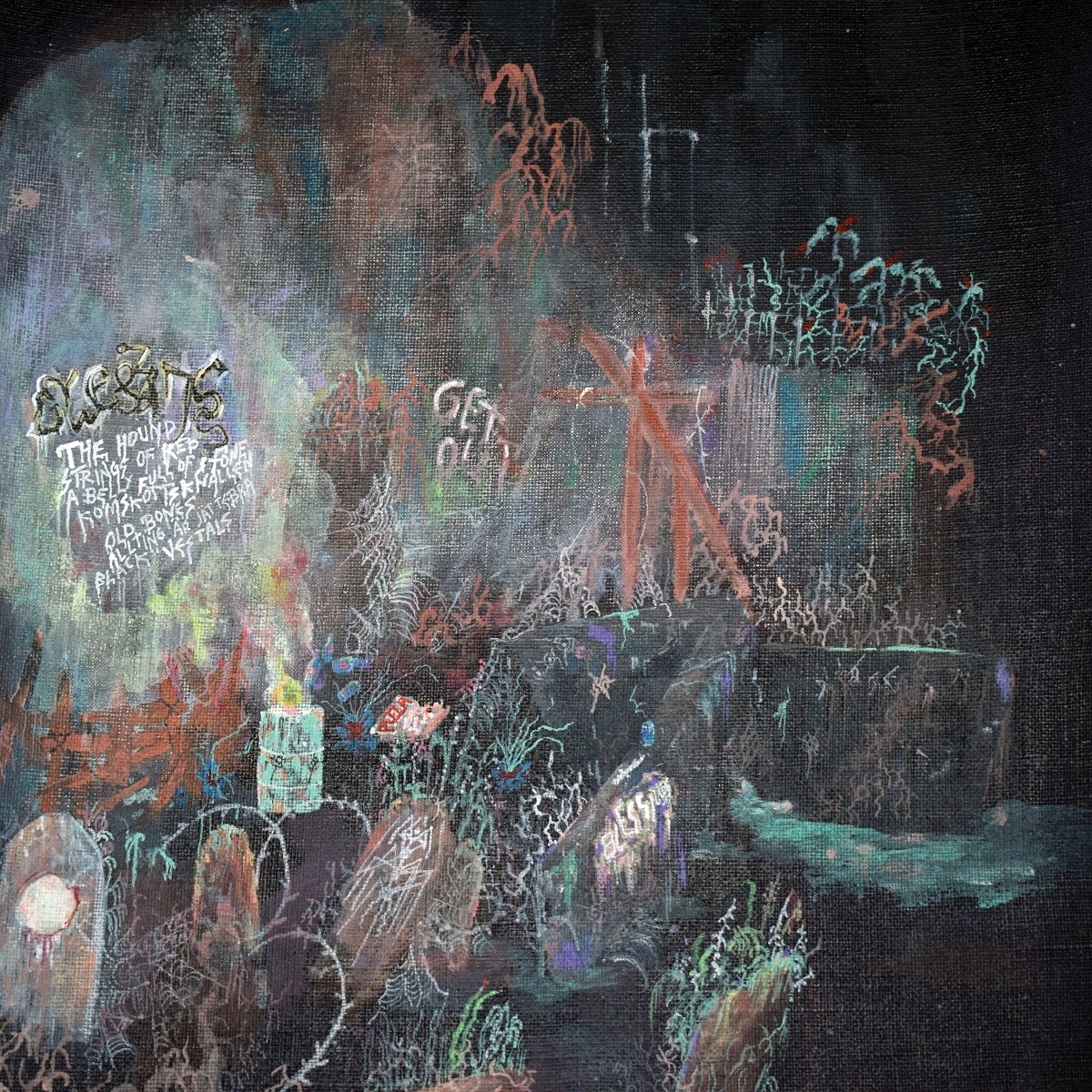 There are elements of hardcore, punk, crust, noise rock, heavy post rock and indie rock in BLESSINGS` sound_ there are moments that remind of AT THE DRIVE IN and moments that remind of CONVERGE, sometimes even in the same track, and the Gothenburg 4-piece merges these very disparane, Breach, Black Flag and Darkthrone_ but the Gothenburg, ate ends of the spectrum of heavy guitar music into a cohesive, intriguing and idiosyncratic sound.

BLESSINGS' debut album Bittervatten was a harsh and noisy affair, inspired by bands like Unsane, Breach, Black Flag and Darkthrone_ but the Gothenburg, Sweden - based four-piece soon developed into a bit of a different direction. Still loud and confrontational, the elements of repetition and trance- incurring moods and riffing became more prominent in their sound on sophomore release Biskopskniven. The band started working with a more varied sonic colour palette, using different percussive and melodic elements to present musical ideas instead of just guitar and bass.

BLESSINGS incorporated modular synths to create different textures that blended in with the guitars seamlessly, and started working with rhythmical loops and percussion instruments. The result is a multi-faceted sound that is as heavy as it is diversified, and full of little surprises that never seem out of place, but always play a certain role in the bigger picture of the album. The varied vocals round off this picture: a new approach is taken for almost every song of the record.

"Biskopskniven" was truly a joint creative effort on all the band members parts, we agreed that we would not give this album out of our hands and into the world until it was precisely the record we wanted it to be", comments Johan G. Winther. "We were shooting for a deep sound with texture stacked upon texture, and new things to discover with every listen. We worked hard to give each track its own distinct voice, and although it was a difficult birth at times, we feel that `Biskopskniven' could not have come together any other way."

The driving force behind BLESSINGS has always been the shared attitude and chemistry between the band members, all coming from a DIY punk/hardcore background, and having paid their dues in hard-touring bands like Anchor, Gust, Disavow, Obstruktion, Nightbloomer, Amalthea, Gamla Pengar, Fä and Swedish indie-legends Chester Copperpot.