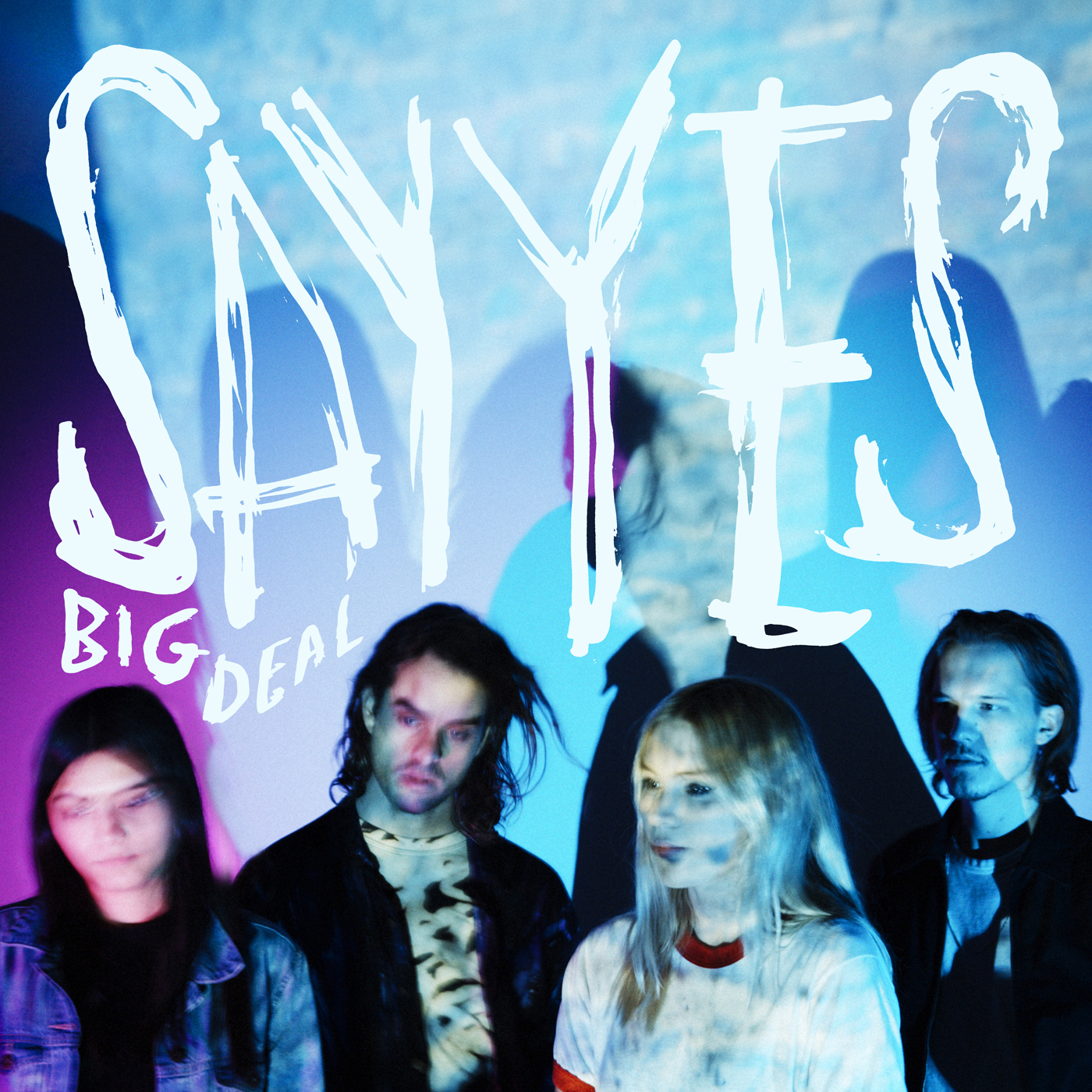 FatCat Records present Say Yes by Big Deal due for release on the 10th June 2016. London's Big Deal announce news of their third full-length album, Say Yes, the long-awaited follow-up to 2013's acclaimed June Gloom. The record arrives via the band's new home, FatCat Records. The news comes alongside the debut of the album's title track: a meteoric, towering return perfectly indicative of how Say Yes ups the band's stakes in every way. It's been a remarkable few years for Kacey Underwood and Alice Costelloe, the duo behind Big Deal. After meeting in 2010 when Kacey taught Alice some songs on guitar, the twists and turns of their ongoing relationship has been documented via their catalogue of intense rock-pop songs. Having received widespread praise for their first two albums, 2011's Lights Out and its 2013 follow-up June Gloom, the band were invited to join Depeche Mode on tour. Typically confessional, it's hard not to connect with the raw honesty of the lyrics on Say Yes. Sonically the record still sounds very much like Big Deal, but it evidences a certain newfound confidence. In many ways, Say Yes can be seen as the final chapter of the band's first instalment. "The first [album] was about not being together, the second about being together, the third is about breaking up and trying to make sense of it all," Costelloe explains, frankly. "The three albums in effect make one enormous concept record."