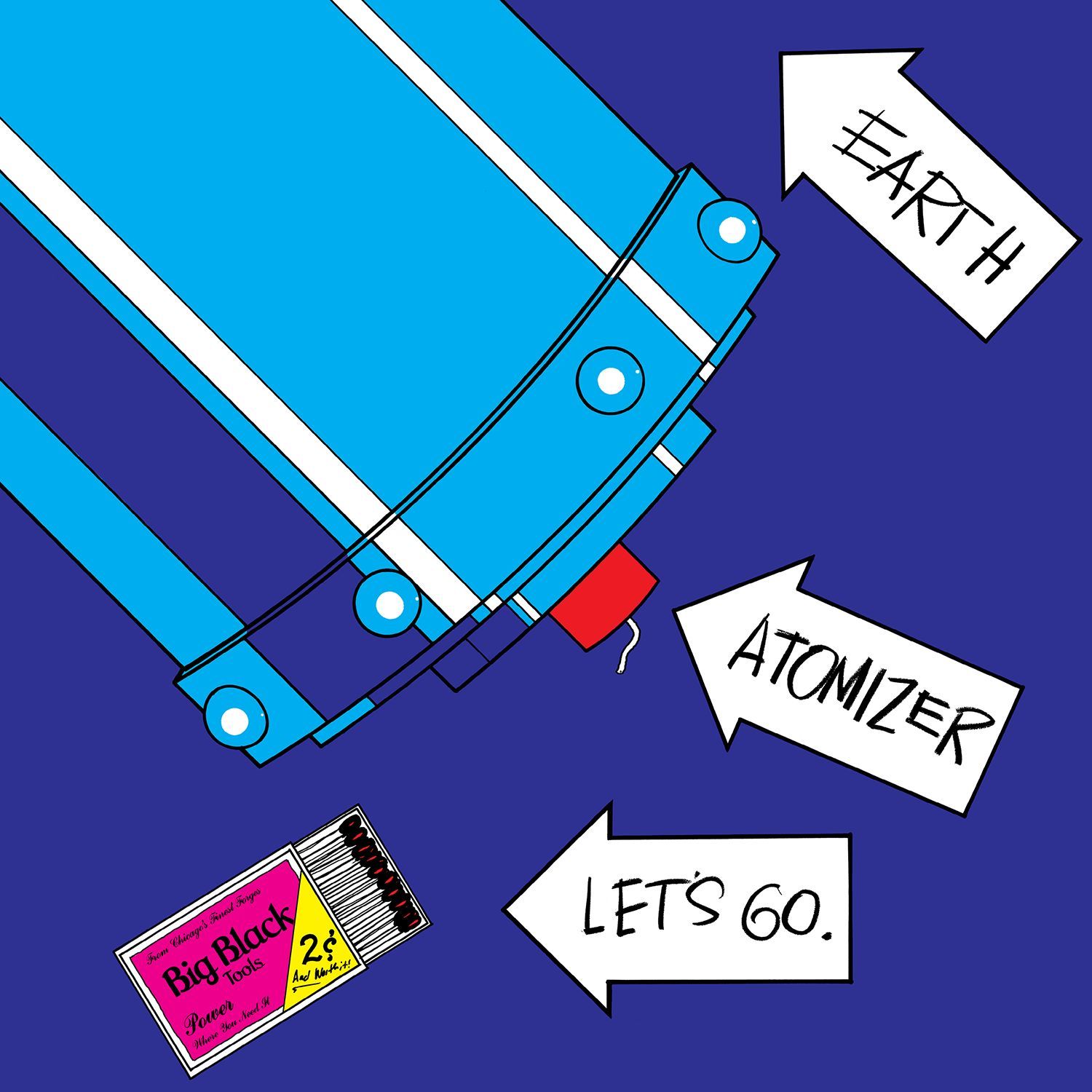 Originally Released in 1985, and now re-mastered by Steve Albini and Bob Weston at Chicago Mastering, Big Black's first full-length album Atomizer gets the treatment as a 30th anniversary reissue including a double-sided insert and a digital download coupon!
This remastered version of Atomizer also includes the song »Strange Things« which appeared on the first pressing of Atomizer, but was not present on subsequent vinyl pressings nor on The Rich Man's Eight Track CD. To put this release into context for the uninformed: Big Black began in 1982. Steve Steve Albini, then a sophomore at Northwestern University, fanzine writer and loudmouth, released the Lungs EP on the Chicago co-operative label Ruthless (whose other artists at the time included Naked Raygun and the Effigies). Lungs was recorded in his apartment on a borrowed 4-track for the price of one case of beer. After that record's release, Jeff Pezzati (singer for Naked Raygun) and Santiago Durango (Naked Raygun, Arsenal), both linchpins of the burg eoning Chicago music scene, joined Big Black.
During this period, the band established itself as a live act, recorded two more records, the Bulldozer EP and the Racer-X EP, toured the U.S., and had – in general – a pretty good time. Jeff Pezzati's other obligations precipitated his departure from the band in 1984, when he was replaced by Dave Riley, bass play er for Chicago swing-punk band Savage Beliefs. This lineup persisted until the band's self-destruction in August of 1987. Big Black toured the U.S., England, Europe, and Austrailia. They recorded a sh**load of records: Il Duce 45, Atomizer LP, Headache EP (which bore the heartbreakingly-honest disclaimer »Warning! Not as good as Atomizer. Don't get your hopes up, Cheese.« ), Heartbeat 45, He's A Whore 45, Songs About Fucking LP, and Pig Pile LP / Video.