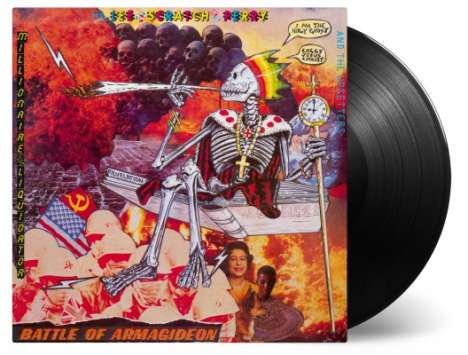 Battle of Armagideon is one of the essential albums by Jamaican reggae artist Lee ›Scratch‹ Perry. His backing group by that time were The Upsetters. This album will get you to the heart of Perry's unique work as a mixer and producer. He explores the music by adding a lot of sound effects to the different tracks. ›I'm a Madman‹ is the best-known album track, where Perry is going to the max. It's pure craziness at its best.

Lee ›Scratch‹ Perry was a pioneer in the 1970s development of dub music and worked together with artists such as Bob Marley and the Wailers, The Clash and The Beastie Boys. Nowadays he's still performing and recording music.