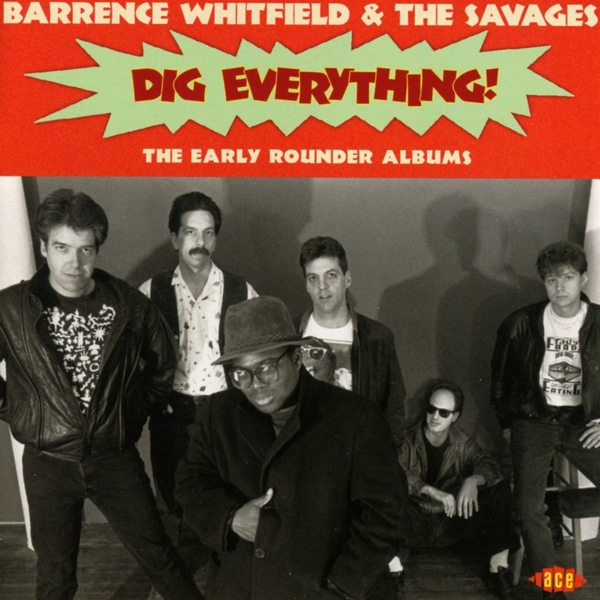 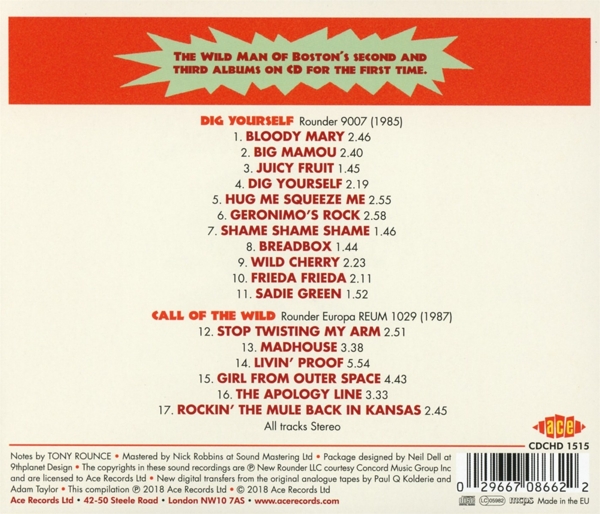 Ow Ow Ow! Blasting out of Boston, Massachusetts in the mid-80s like a wailing, screaming R&B banshee, Barrence Whitfield and the Savages provided music with a much-needed return to a solid rhythm & blues base at a time when popular music in general was being over-run with synthy pop trivialities and bombastic stadium rock.

Armed only with real instruments, a pile of obscure cover versions and new group originals that sounded like they should have been obscure covers, Barrence and the Savages didn’t so much reinvent the wheel as remind everyone what was so good about it in the first place. Their rock-hard, white-hot shows won them plenty of fans. Almost 35 years later those fans are still with them and will be glad to replace their worn-out copies of the band’s first two UK Rounder LPs with »Dig Everything«, a new Ace compilation which features both albums in their original formats, released for the first time ever on compact disc.

Featured across this collection are many of the numbers most immediately identifiable with the band, including several such as »Bloody Mary«, »Rockin’ The Mule In Kansas« and »Big Mamou« which can still be heard on most nights in any live set they play, anywhere around the world.

Ace’s previous Savages CD of their first, independently released album was responsible for Barrence and the group getting back together after a 20-year hiatus.

We feel it’s only right and proper that »Dig Everything« continues our association with one of our favourite bands – who will also be releasing a new album in early 2018.