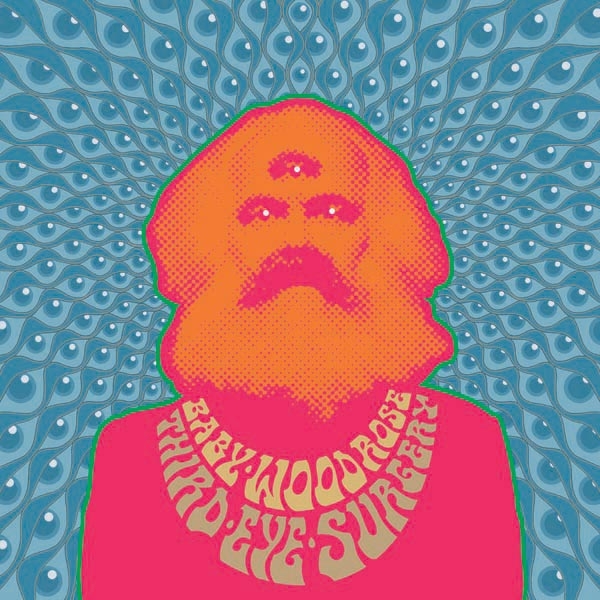 All Baby Woodrose albums have a different vibe and with »Third Eye Surgery« they have made their space rock album. For the first time Lorenzo Woodrose integrate the heavy psych of his side projects Dragontears and Spids Nogenhat with the fine song writing of Baby Woodrose. No matter how much the fuzz guitar is wailing or the echo machine is tripping, there's always a good song hiding beneath the rumble.

Several songs clocks in at six minutes so there are only 9 of them on ›Third Eye Surgery‹. Songs like »Nothing is Rea l« and »Love Like a Flower« have an Eastern flavour thanks to the sitar of Vicki Singh while »Just a Ride« sounds like a trip to India in more than one way. Even though the central songs on ›Third Eye Surgery‹ like »Waiting for the War«, »Bullshit Detector« and the title song are very spaced out there are also a few songs that stick out. »Dandelion« is a sweet and melancholic psychedelic pop song and is also a duet with Emma Acs while »Honalie« is a dreamy ballad that makes time stand still. Almost.

›Third Eye Surgery‹ has been recorded in the Black Tornado studio in Copenhagen and is engineered by Anders Onsberg and produced by Lorenzo Woodrose. The artwork is made by German artist Kiryk Drewinski.