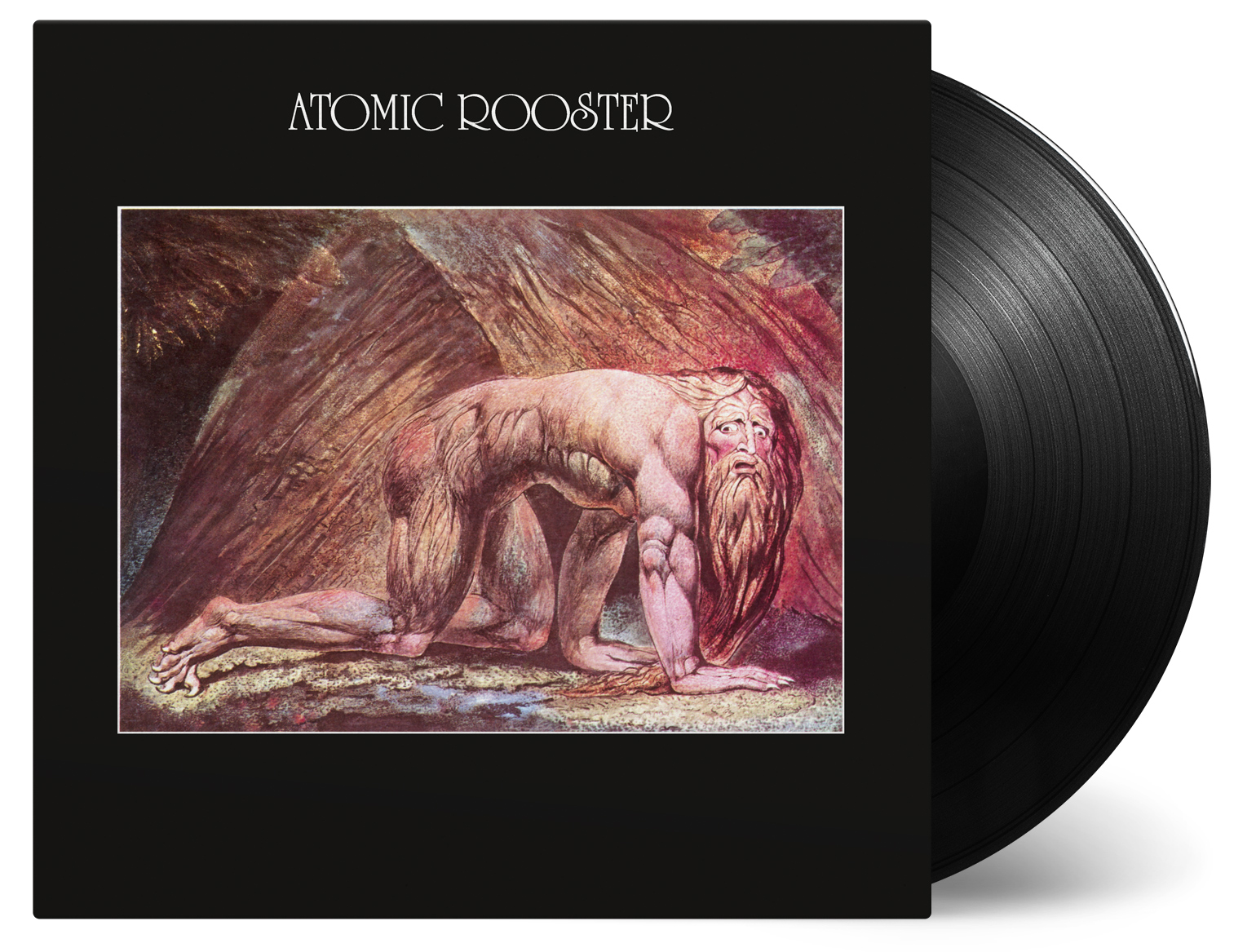 Death Walks Behind You is the second studio album by British rock band Atomic Rooster. It is commonly thought of as the archetypal Atomic Rooster album, recorded by the ›Classic‹ line-up of Vincent Crane, John Du Cann and Paul Hammond. It is, critically and commercially, their most successful album and often hailed as a classic of the progressive rock genre.

It also produced the hit single »Tomorrow Night« (UK #11), which became one of the band's best-known songs. The album's cover features the William Blake monotype Nebuchadnezzar. The title track was covered on record in 1992 by Paradise Lost, in 2000 by Bigelf (on their album Money Machine) and in 2012 by Swedish death metal band NonExist. A repackaging and remastering job restores the original artwork in all its gatefold glory.