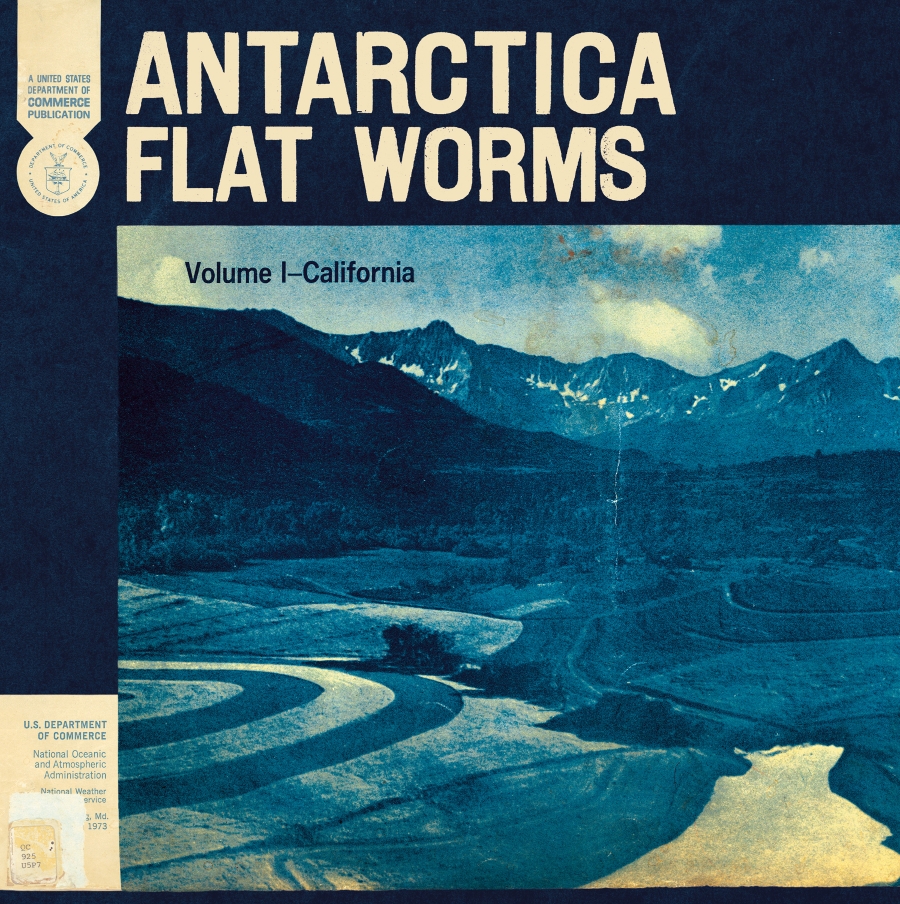 2020, and the scene is now: world in flames, deserts in permafrost, everyone in their own corners, looking down into their hands. Nothing in common. We can all see that the way it's happening isn't working, and for a lot of us, that's okay, as long as it doesn't rock our boat, we'll cope. But for people who are invested in the future, any future - like Flat Worms - they're out there, full time living, playing to change minds. And they're not alone.

Antarctica is the third Flat Worms album in the past four years. It reflects a situation that's dire, but not hopeless. Since the release of their 2017 debut LP - even since last year's "Into the Iris" mini-LP - the sound of the trio has hardened, with the polarities of psych and post-punk smelted into a brutal cobalt alloy. No doubt they're aided by the Steve Albini-engineered sound rendered at Electric Audio, where the album was recorded and mixed (in collaboration with Steve Albini and Ty Segall) in six days.