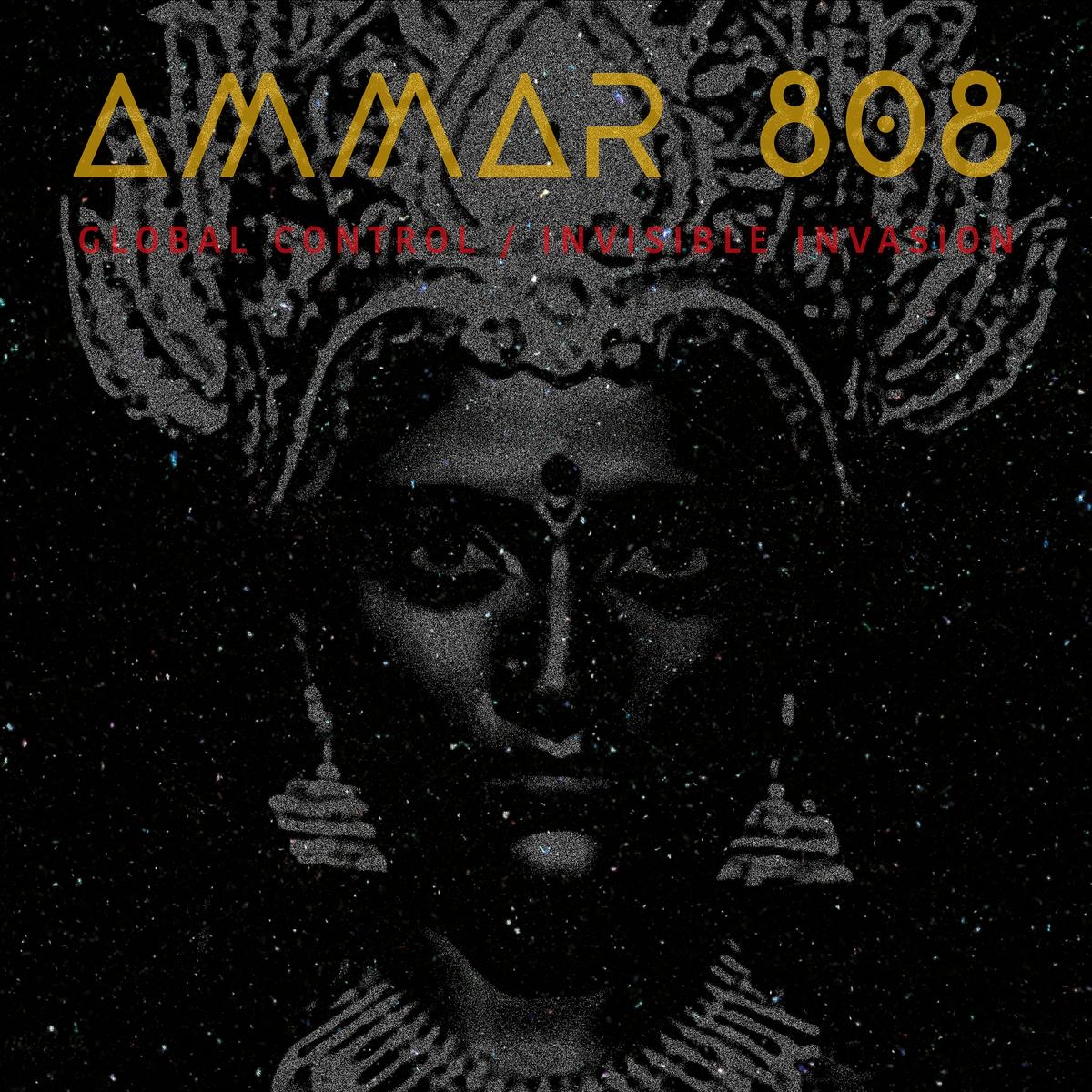 With a suitcase full of recording equipment, he set up base in the pulsing city of Chennai and undertook a collaborative reimagining of the area's rich and resonant musics. Ranging from trance temple sounds to rap-like street theatre performance and ending with the mathematical richness of Carnatic music, Ben Youssef's in situ recordings form the foundation of his potent new album: Global Control / Invisible Invasion. Futurist syncopations meet hypnotic, timeless narratives. Expansive electronics fused with on location recordings. Kaleidoscopic and exhilarating.

Life in lockdown has given us time to reflect on the world and our place in it, on fate and free will. Big ideas, and ones that sit at the very heart of AMMAR 808's Global Control/ Invisible Invasion - an album that's aptly-named and tooled for these times. He's crafted them from Hindu mythology and created a philosophical jolt of a disc that sweeps him far from his native Maghreb and deep into the ancient Carnatic tradition of South India.