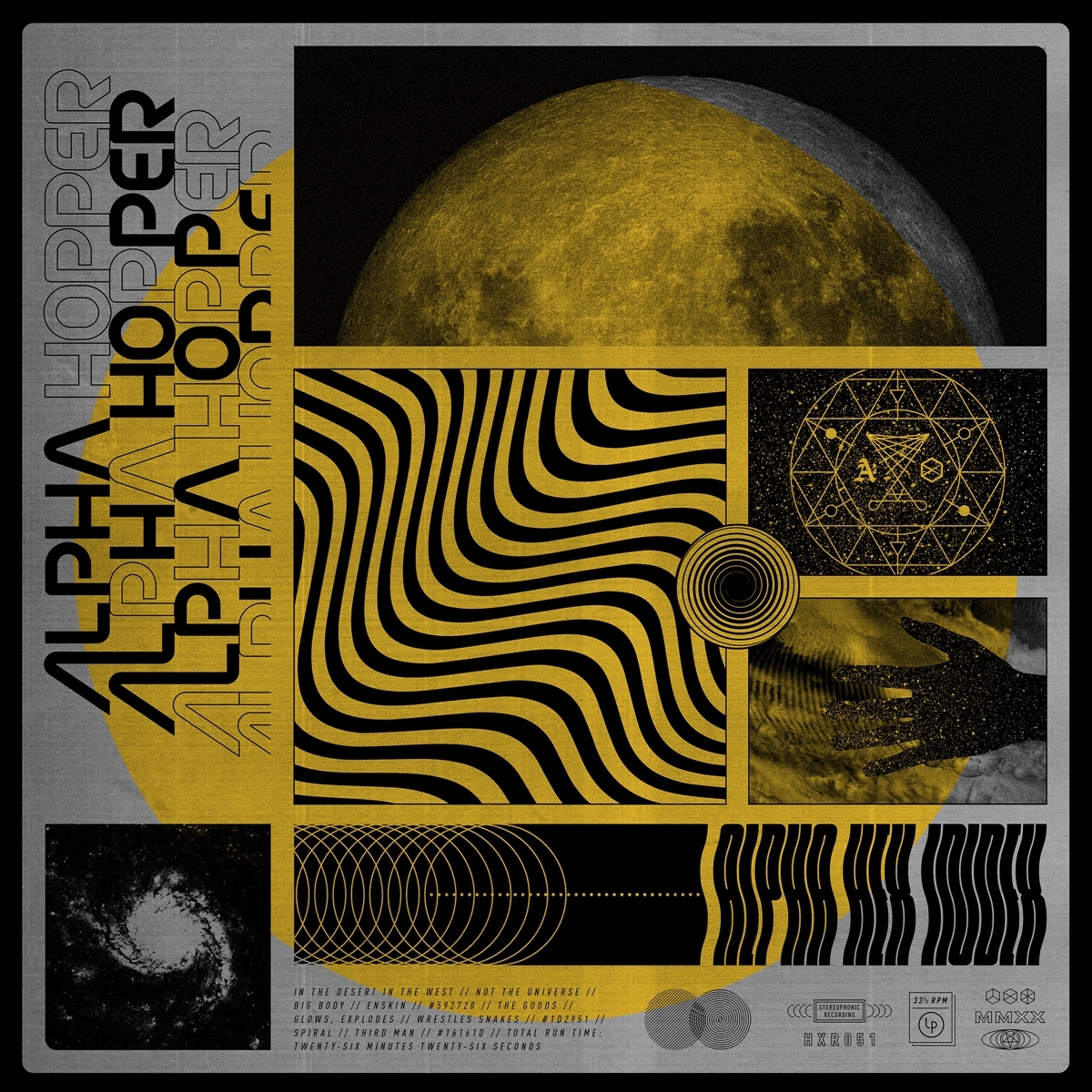 Alpha Hopper creates a frenetic stew of guitar-driven rock with elements from punk, hardcore, noise rock, and no-wave. "A bartender, a personal trainer, a graphic designer, and an immigration attorney walk into a practice space..." Alpha Hopper will release their new LP, "Alpha Hex Index" through Hex Records. Alpha Hopper has previously released two other LPs through Radical Empathy, One Percent Press, and guitarist John Toohill's own Swimming Faith imprint.

Formed in Buffalo, New York in 2014, Alpha Hopper creates a frenetic stew of guitar-driven rock'n'roll with ingredients from punk, hardcore, noise rock, and no-wave. Their 3rd LP "Alpha Hex Index" shows them deeper than ever down their rabbit hole. Sassy, snotty vocals punctuating the ever growing wall of catchy, bizarre riffs and prison break drum beats. Dummy math, noise-rock for art-punk drop outs. For "Alpha Hex Index" the band decided to record the effort themselves in their homes. Pandemic-related shelter in place recommendations caused some hiccups in being able to track the entire effort in a single block, and instead recording sessions were conducted in intervals when the members could safely get together and hash out their respective parts. Once they were satisfied with the mix they handed things over to engineer John Angelo (Gwar, Every Time I Die, Gas Chamber) to handle mastering duties.

Drummer Douglas Scheider: "Alpha Hopper has always been a science fiction punk band. Not like test tubes and a thing growing in the basement sci-fi, but isolation in an endless expanse sci-fi, gradual concessions until you no longer recognize yourself sci-fi, a confrontation with a power in which you can't quite find humanity sci-fi. You can hear that in Irene's lyrics, but there's also something about the way we write music that ends up feeling like we're a tiny crew far adrift in a suspiciously life-sustaining vessel. Yet the more we work on a part together, the weirder and more undeniably Hopper it gets. A tiny spec of light glinting mechanically across the cosmos, together."