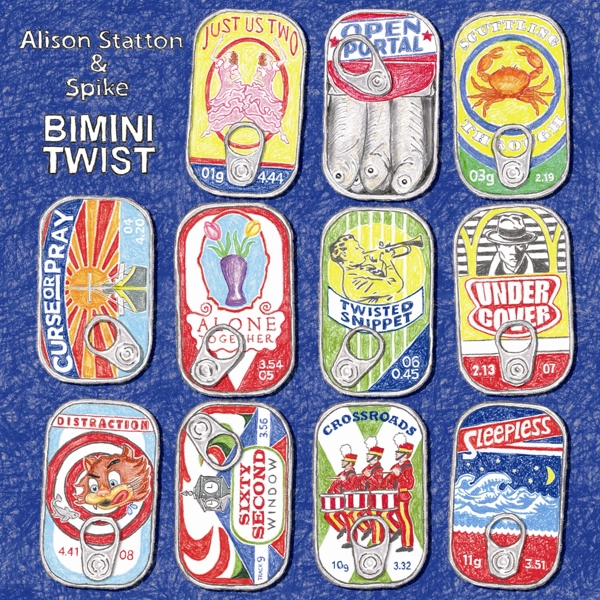 After Young Marble Giant's breakup, singer Alison Statton started Weekend with Spike and Simon Booth, a project which saw chart success and the birth of a nouveau-retro style as individualistic as YMG's, one later co-opted by lesser acts. Weekend, too, split after their debut album. Despite Weekend having become Alison's second big act, Rough Trade passed on her next project with Spike. Vinyl Japan stepped in to release the duo's debut, Tidal Blues and other releases followed, but as real life, jobs, and children beckoned, both Alison and Spike stepped away from music for more than twenty years. Their return is unexpected.

Bimini Twist is the work of the two alone. Apart from some vocal tracking in a local studio to best capture Alison's still wondrous voice - everything was recorded in their homes, much of it »live«, and these new songs show the duo's charm and diversity, featuring Alison's most personal lyrics and Spike's peculiar musical genius.