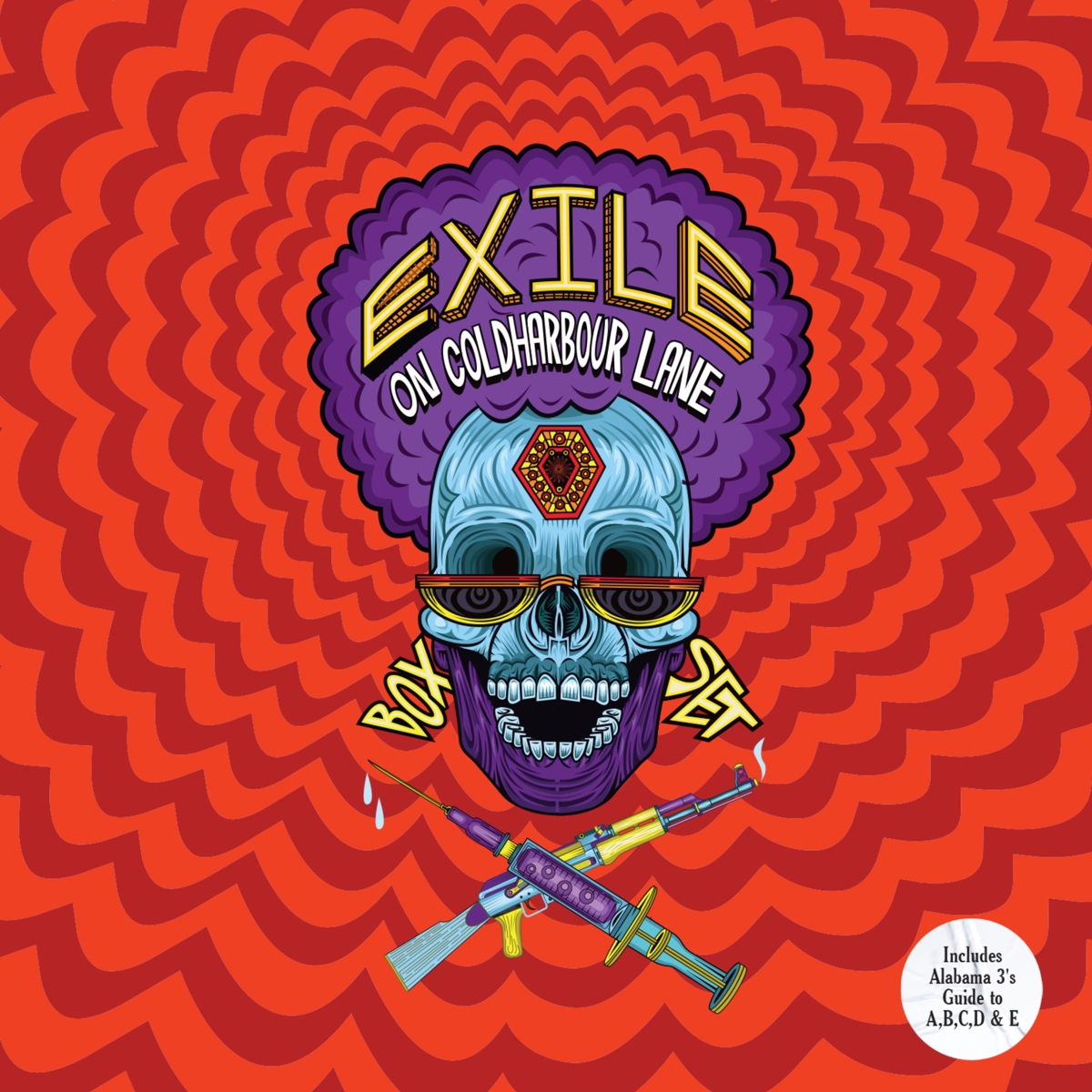 The 5x CD boxset includes four brand new albums and 'Exile On Coldharbour Lane', as well as 40xpage booklet featuring Larry Love's track by track guide to Exile on Coldharbour Lane, with plenty of untold stories, insights, and inspirations behind the album. You may just know Alabama 3 as the band who did The Sopranos theme tune. You may know them as A3 if you're living on the other side of the Atlantic. You may may know them as an outfit of Country Acid House rockers from Brixton, London who recently celebrated 22 years together.

Whichever genre or tag line you identify Alabama 3 with, you can get ready to bend your wherewithal's once again. To help you along the way they've created a school of thought to bring the non-believers home. The Exile on Coldharbour Lane Boxset is Alabama 3's Guide To A, B,C, D & E is released. A is for Acid (or Acid-House). B is for Booze (or Blues). C is for Cocaine (Or Country) and D is for Dope (or Dub) and E, of course, is for Ecstasy (or Exile).

The 5-disc box set contains 5 albums, A, B,C & D sees Alabama 3 throughout the decades re-worked by the aforementioned genres. But lead singer Larry Love doesn't want you to be fooled by any pre-school notions that a title such as A, B,C, D might suggest - "The box set is also a cosmic guide through Alabama 3's various drug habits over the years", he says. "We want people to put their spacesuits on and dive in".